The Moto G has been a successful venture for Motorola as it allows it to reach a wider range of consumers, mainly those that are cash-strapped and can’t afford the higher priced alternative. Price does not always equal better quality however as the Moto G has proven to be a worthy contender in the mobile arena and if these leaked images are real, the latest iteration will be no different.

The Moto G was unveiled back in November of 2013 as a cost effective alternative for emerging markets. Fast-forward to 2015 and the Moto G is now available in developed markets due to the immense success that Motorola’s saw with the device, as it quickly become the mobile giants top selling smartphone.

Sporting a 4.5 inch LCD display, Android 4.4, Snapdragon 400 processor clocked at 1.2 GHz, and 1GB Ram, the Moto G is not a beast when it comes to specs. This is to be expected as the device was not created to be the fastest nor a flagship.

The leaked images don’t give out a whole lot of information, but at least we know that the new device will have a plethora of customization options and at least 2GB of Ram. A slight upgrade to the 1GB found in the 2013 version though it should help make some apps run a bit smoother. You will also get the option to choose between a 16GB version and an 8GB. 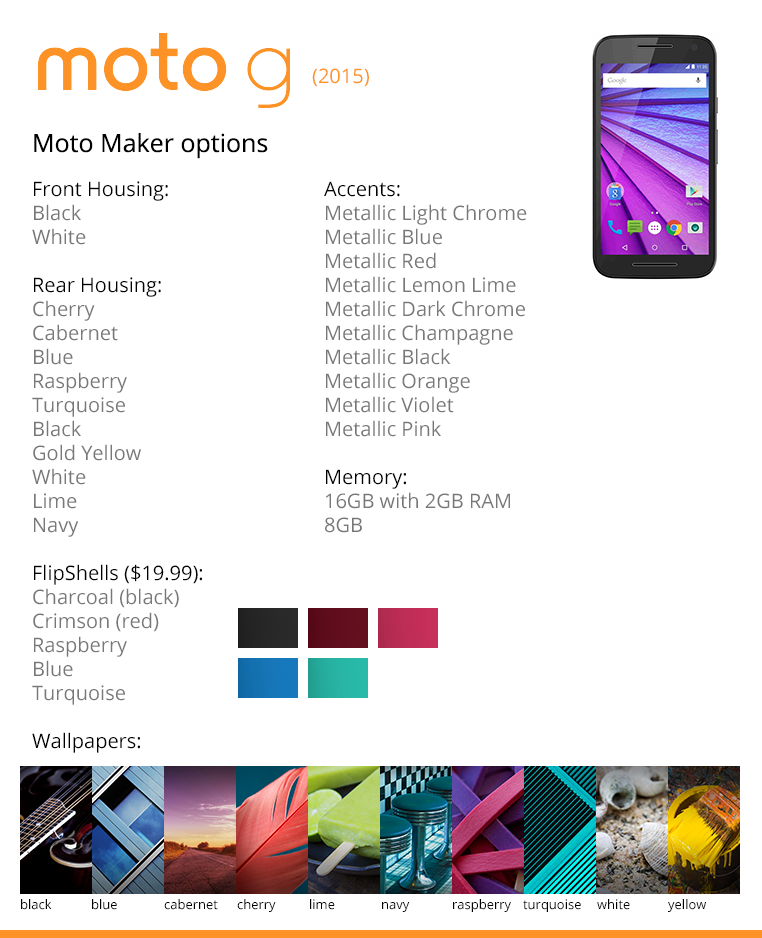 As with all leaked information, this should all be taken with a grain of salt. We won’t know what all the new Moto G will have until Motorola releases an official statement or the device hits shelves.