We’re fast approaching the time of year when Motorola announces its Moto X and/or Moto G smartphones. With an event scheduled for July 28, it’s possible we get to see both devices introduced in but a few days.

Although the leaks and rumors have been circulating for the next-generation Moto X and Moto G, things have been picking up as of late. For the more powerful flagship model, the Moto X, the details are coming at a quicker clip this week.

The pictures above, courtesy of Peru Android’s Facebook page, show what could be the 2015 Moto X with a front-facing flash in the top right corner. Details observed in the photos may include a true stereo front-facing speaker layout, metallic-ish frame, and textured rear cover.

Below is a picture from hellomotoHK which is alleged to be an actual photo and not a render. Matching up with the others, it looks to have a champagne colored trim that matches the Moto 360. 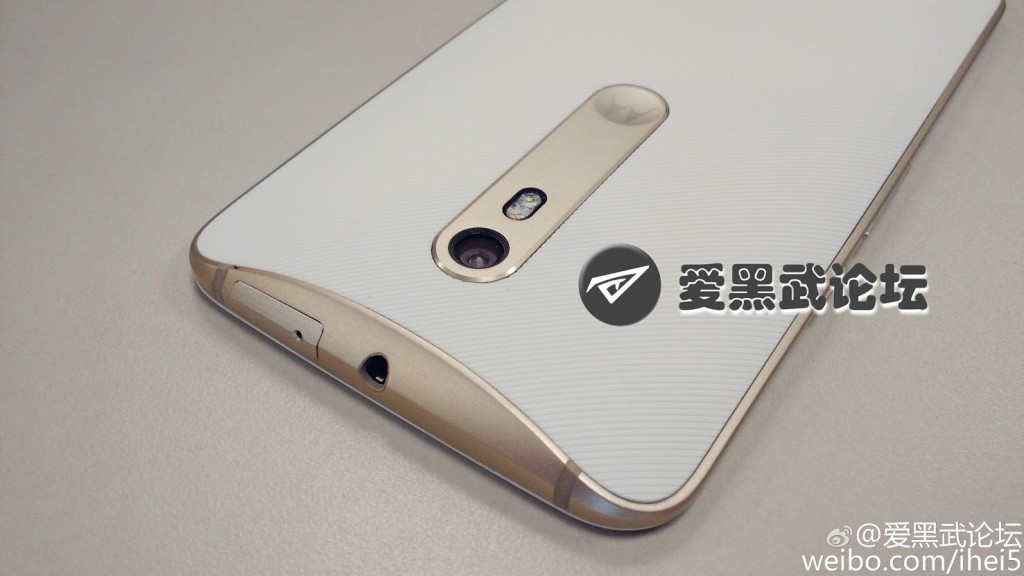 [toggles title=”Rumored and Unconfirmed Specs May Include”]

Reportedly, Motorola Senior Director of Product Management, Mark Rose, posted a couple of photos to Google+ which have since been deleted (h/t AndroidPit). Depending on how much weight you put behind it, these might be some of the first samples of the rear camera for the Moto X 2015. Keep in mind that these are shrunken down and have likely lost some of the original quality.

Whether it’s launched next week or not, we’re getting very anxious to see what Motorola has for us. How about you?