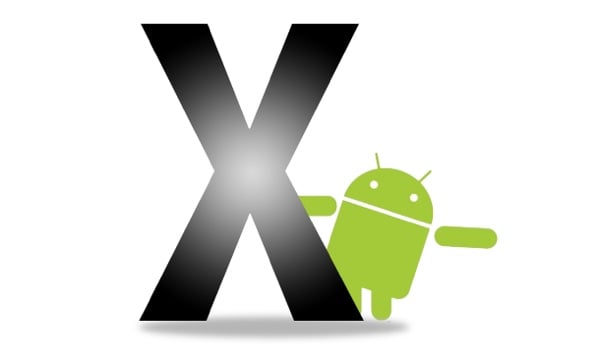 At the All Things D conference yesterday, Motorola CEO Dennis Woodside finally gave up the ghost on the long-rumored “X” phone. The phone is set to be the new lead device for an equally “new” Motorola. According to Woodside, who said he had the phone in his pocket but couldn’t show anyone, the new Moto X is made in the USA and uses all the new APIs shown off at Google I/O. He also said that, while Motorola was all set to build and release new devices that focus on high quality for a low cost, the X will not be in that category. The X will be ‘more contextually aware” than those devices, and you “can interact with it in different ways”.

While the aforementioned slew of ramblings are exciting, they don’t tell us much of anything. We don’t know which carriers will have the device (although it seemed to pass through the FCC for AT&T, Verizon, and Sprint earlier this month), what hardware will come on the device, or – let’s be perfectly honest – if it’ll live up to the hype being set up for it. There was one particular, however, that was very briefly discussed, concerning battery life. One person asked, “How can you fix it, [battery life] when everyone else has struggled with it so much? There are ways to improve it, but can you solve the underlying problem? How do you go about doing that?” To which Woodside replied:

I’ll save the more detailed discussion for later. But your question about how you understand the change in state and optimized the battery — we have some of the best engineers, and they’ve created a system where there are two processors that are more aware.

Motorola has released a miniature press release of sorts, which can be found below. Be sure to check it out and let us know your thoughts in the comments.

Moto X: The First Smartphone Assembled in the USA

There are more than 130 million smartphones in use in the USA today and not one of them was assembled here…until now.

Today at the AllThingsD conference Dennis Woodside revealed how we are reinventing Motorola through a portfolio of products starting with Moto X, a new flagship smartphone that will be designed, engineered and assembled in the USA. We’re not talking about just a handful of units either — available this summer, every Moto X sold in the USA will be assembled in Fort Worth, Texas, making it the first smartphone ever assembled domestically.

There were a few reasons why we decided to do this. There are several business advantages to having our Illinois and California-based designers and engineers much closer to our factory. For instance, we’ll be able to iterate on design much faster, create a leaner supply chain, respond much more quickly to purchasing trends and demands, and deliver devices to people here much more quickly. And as a part of Google we’re being encouraged to take big bets on things that make a difference.

We still have a network of global operations, and that won’t change. Our global manufacturing partner remains Flextronics and we’ll continue to assemble devices locally in China and Brazil. But Flextronics is busy looking for people for the new Fort Worth facility now. If you’re interested, we encourage you tocheck the available positions and apply.

This is an incredibly exciting time to be in the mobile device industry. Our role in inventing the mobile phone is well known. We’re happy to be shaping its future as well.