Motorola isn’t known to be shy about rounding up discounts along its lineup of devices every now and then. Typically, the sales are aimed at older inventory, but the latest puts the two of Motorola’s hottest devices front and center. Let’s run through it.

If you don’t yet have the latest Moto X or Moto 360 (but have been eyeing them both), this might be your chance to take the leap. Motorola is knocking off $100 if you make the combo purchase (a 15% savings on the total of the base costs).

Motorola says that the discount will appear in the shopping cart when they’re both added. The Moto X Pure Edition was Motorola’s 2015 flagship, which has terrific bang for buck. The Moto 360 (2nd Gen.) brought great refinements from the original, you can check out our review here.

If you prefer a phone a little easier on the wallet, the Moto X from 2014 is still capable. Motorola has put the 32GB version on sale for $299.

For the even more budget conscious, The 2nd Gen. Moto G has also received a significant discount – from $179 down to $99. In contrast with the other deals, this price drop is actually permanent. 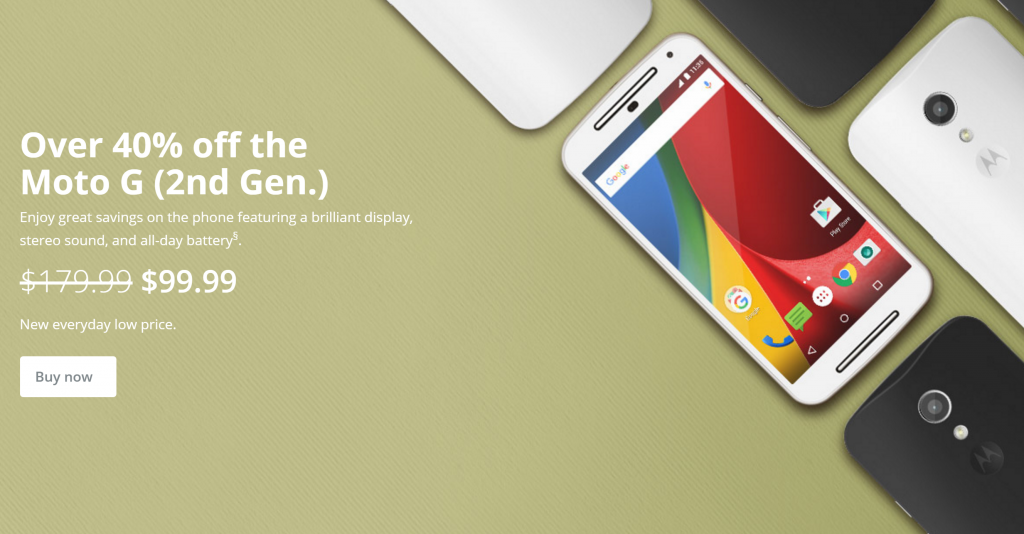 The Nexus 6 is still going strong; we’ve even evaluated if it’s the phone to stick with in the midst of all the 2015 releases. Motorola has knocked off $300 from the base price of the Midnight Blue variant (32GB storage).

Bear in mind that some of these discounts are only live for a few days (until Jan. 12th, 10:59am CT), so you better decide soon! Hit up the source link for the sale’s launch page.