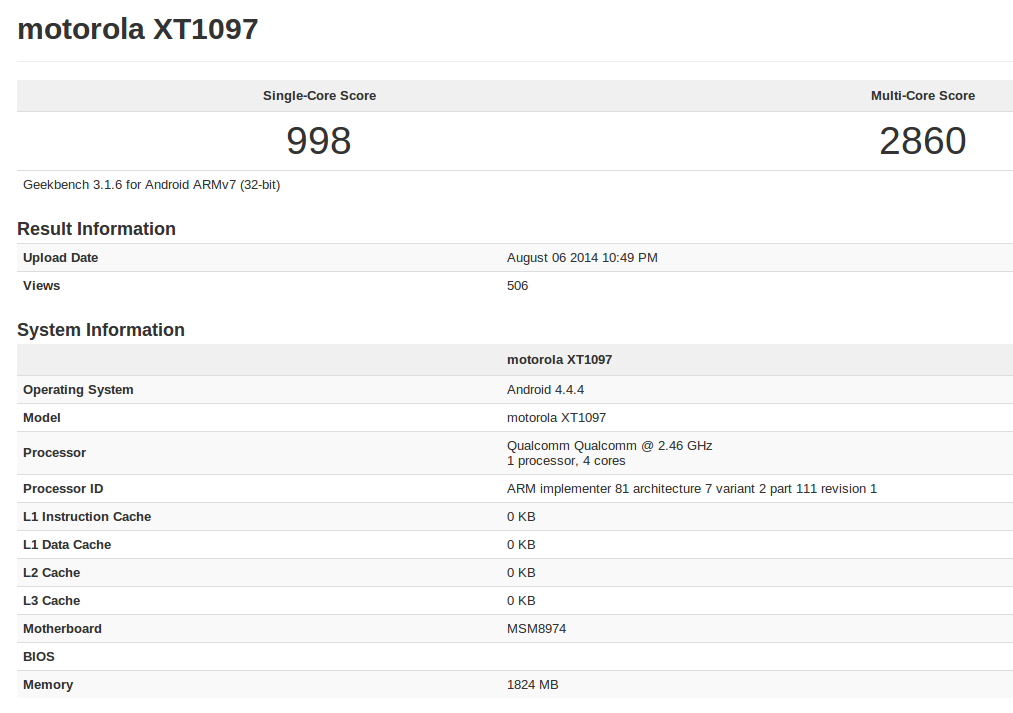 We’ve been seeing Moto X+1 leaks for a while now, the alleged device even posed for the camera. The device is expected to arrive soon and now we have some benchmark results to share with you.

Motorola XT1097, otherwise known as a Moto X+1 has appeared on Geekbench. The benchmark says that the device is running Android 4.4.4 KitKat version of the OS, sporting a Qualcomm processor running at 2.46GHz which indicates a Snapdragon 801 quad-core chip. 2GB of RAM are also listed as you can see in the image below.

Previously leaked specifications point towards a 5.2″ 1080p display, 32GB of storage (expandable via MicroSD card) and a 12MP camera along with the components mentioned in the benchmark itself (2GB of RAM and a Snapdragon 801 processor).

Moto X+1 is expected this summer alongside the Moto 360 smartwatch.