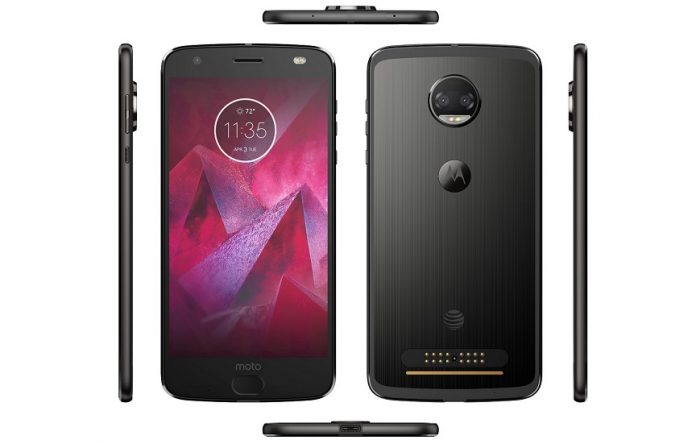 Remember that over the past few months we’ve seen the Moto Z2 Force leak a number of times? The phone hasn’t been officially announced yet, but as previous rumors have indicated, we expect it to be sold by all the major carriers, not just Verizon.

Case in point, this week a render revealed by reliable leakster @evleaks show us the Moto Z2 Force for AT&T. You can spot the carrier’s logo plastered on the back of the phone.

Previously we heard the Moto Z2 Force might arrive with a 5.5-inch ShatterShield display with QHD resolution (2560 x 1440) and a Snapdragon 835 processor under the hood. The phone will also carry 4GB of RAM and a main dual camera setup.

Unlike last year’s model, the Moto Z2 Force is poised to take advantage of a 3.5mm headphone jack. The phone is also going to be compatible with Motorola’s family of Moto Mods.

For the time being, if you’d like to grab yourself a new Moto you should know the Moto Z2 Play is available at Verizon $408 outright.

So those craving a Motorola handset with premium specs will have to wait for Moto Z2 Force to land. But for the time being, we don’t know when the phone is scheduled to launch at AT&T (or at any other carrier for that matter).