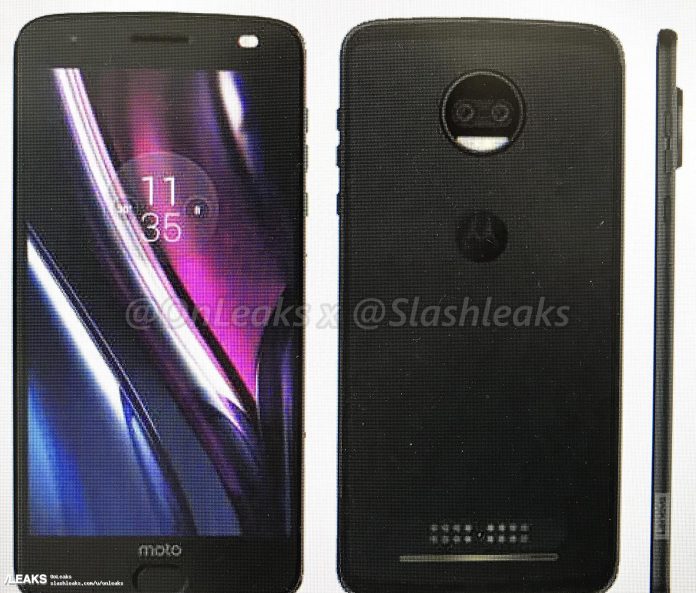 For the past few days we’ve seen a deluge of Motorola leaks. We’ve already told you that the Lenovo-owned company is preparing to launch a handful of new devices including the Moto C / Moto C Plus, Moto E4 / Moto E4 Plus, Moto X (2017) and the Moto Z2.

Well today, the Moto Z2 Force (a version of the Moto Z2) leaked out in a fuzzy-looking press-render. But that’s not all, equally blurry press renders for the Moto E4, Moto C and Moto C Plus also showed up.

As you can see from the images, the Moto Z2 Force trades the square physical home button for a very Moto G5-eque one which most likely houses the fingerprint scanner. The rumored dual camera setup is visible in the image and oh yes, the phone offers support for Moto Mods (the magnetic connectors are visible) – no shocker there. At the moment, we don’t know too much about the specs of the Moto Z2, but we can speculate the phone will take advantage of at least a QHD display and a Snapdragon 835 processor.

As for the Moto E4 and Moto C, both are getting a Plus version, with the Moto C being Motorola’s cheapest family of phones to date. The duo’s specs leaked out earlier today and you can check them out here.

It’s worth mentioning that Motorola won’t probably launch all these phones at the same time. More likely the Moto E4 and Moto C families will be launched together at some point, while the Moto Z2 and Moto Z2 Force will go live sometime this summer (maybe in June?).