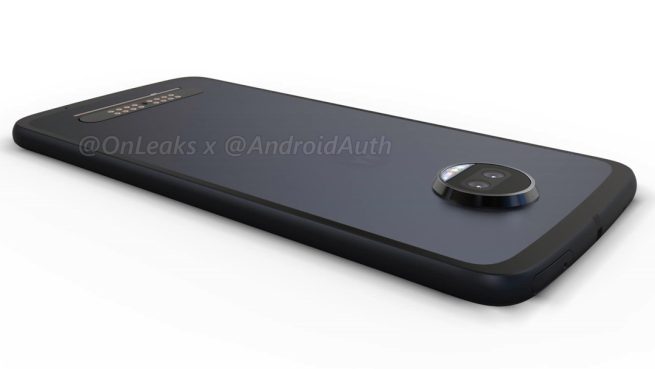 A few days ago we saw a blurry press render of the upcoming Motorola Moto Z2 Force show up online. Now more (360-degree) renders and a video showcasing the same device have made an appearance, revealing more info about the device in the process.

Even if at this point, the Moto Z2 Force does seem to resemble last year’s model quite a lot, there are a few differences we need to point out. For starters, the 3.5mm headphone jack will be making a comeback, which is great news – at least for the vast majority. Secondly, we can say goodbye to the square-ish physical home button and hello to one very reminiscent of the recently released Moto G5 and Moto G5 Plus.

We’re also told that Sprint will bring Cat.16 downloads speeds to the new Moto Z2 Force. A while ago we told you the carrier was spotted demoing Gigabit Class LTE on a mystery Motorola flagship running a Snapdragon 835 processor during the New Orleans Pelicans vs Toronto Raptors basketball game. That elusive device was probably the Moto Z2 Force, which means this year the device won’t be tied down to Verizon anymore.

As previously revealed, the Moto Z2 Force will feature a main dual camera assembly, as well as a dual-LED flash up front. Apparently the phone will feature Lenovo’s logo plastered on the lower right side on the back, but this detail hasn’t been incorporated in the leaks we’re showing you today. The pogo pins are also present, so you can be sure the Moto Z2 Force will be compatible with Motorola’s Moto Mods – old and new.

Do you like how the Moto Z2 Force is shaping up so far?