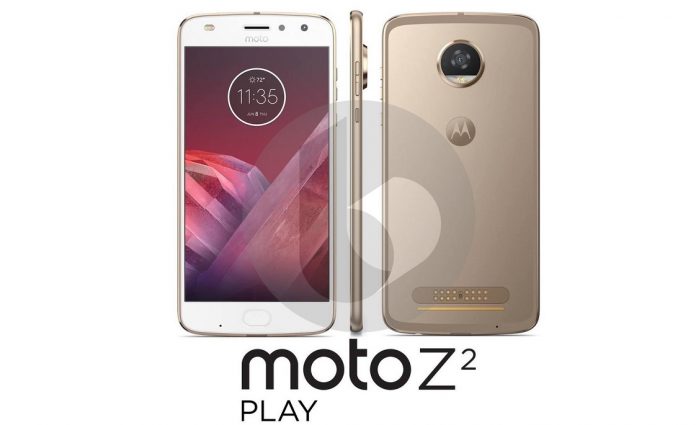 The Motorola Moto Z Play was one of our favorite phones last year. The phone came equipped with a fantastic battery life, a relatively affordable price-tag attached it and pretty nifty specs.

Given that next-gen Moto Z2 family is obviously in the pipeline, we can expect a Moto Z2 Play to launch alongside the standard Moto Z2 and the Moto Z2 Force – which was already spotted online a while back.

If you’re curious how the Moto Z2 Play will end up looking like this year, then you’ll be glad to know folks at Techno Buffalo have already obtained a press render which shows the upcoming device in its full glory.

This year Motorola will continue to use with the same Moto G5-esque design language, when it comes to its flagship lineup, as well. As you can see, the Moto Z2 Play shown in the image, ditches the strange home square button for a candy bar-shaped one which also doubles as a fingerprint scanner.

Not much is known about the upcoming phone’s specs, but according to the leaked image the Moto Z2 Play will feature a dual-tone flash in front – an upgrade compared to last year’s model. As expected, the back of the phone houses the Moto Mods pin connection system.

According to sources familiar with the matter, this year’s model won’t be all that different from the one launched in 2016. In case you don’t remember the Moto Z Play comes equipped with a 5.5-inch display with 1080 x 1920 resolution and a Snapdragon 625 processor under the hood. The phone also has 3GB of RAM, 32GB of internal storage and a microSD card slot for memory expansion.

On the imaging front, the device takes advantage of a 16-megapixel main camera with f/2.0, phase detection autofocus and dual-LED flash and a 5-megapixel selfie camera.

At the moment, we can’t tell you when exactly to expect the Moto Z2 Play, but if you look closely at the render, you’ll notice the displays shows the June 8 date. This could be a very good indicator that the Moto Z2 Play will be launched 3 months from now.