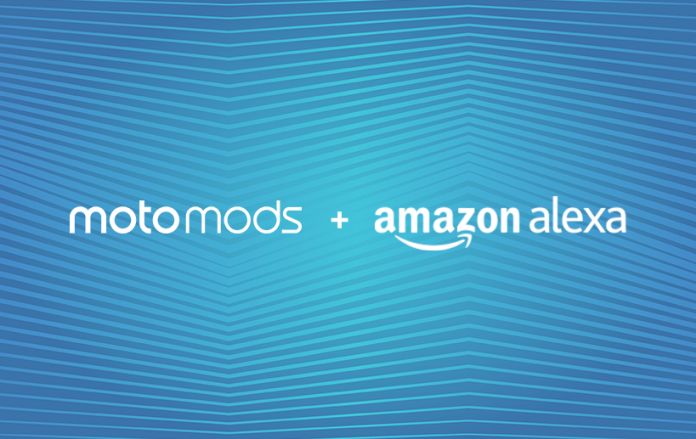 One of the biggest pulls for someone to purchase one of the Moto Z devices is the ever growing list of Moto Mods. Today, Moto announced some new mods that may intrigue some new and existing users of the Moto Z line.

The most notable announcement is the Amazon Alexa mod integration. This will allow users who purchase the add-on to control their Amazon Alexa directly from their phone. So simple tasks such as checking the weather, setting a reminder, or adding to your grocery list are all accomplished directly through Alexa.  It ended this piece with a teaser that there is more to come with the relationship between Motorola and Alexa.

The tech giant also announced new mods such as the PowerPac mod, which will extend the battery life/capabilities of your device; Wireless charging mod; and aTurbo-power mod. It also mentioned a GamePad mod which, as you probably guessed, adds physical controls and additional battery life to your device to allow for a better mobile gaming experience.

Moto ended the announcement by stating that this will not be the end of the mod development. What mods would you like to see them release? What would you like to say to motorola about their current mods? Leave you thoughts below for the world to read.