The Motorola Cliq has gotten some Android 2.1 love sooner than we thought. According to an anonymous tipster, there’s a leaked ROM floating around out there that appears to be an official T-Mobile 2.1 ROM. No, they’re not releasing 2.1 OTA just yet, but an August time-line seems to likely. This looks to be a leaked testing version.

EngadgetMobile got their hands on this ROM and got it running on their Cliq. They’re impressed with it, claiming the speed and smoothness look promising. Still no official word on an official 2.1 release, but we’ll keep you posted. Check out the pics below! 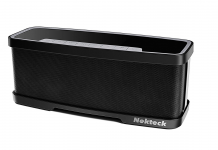