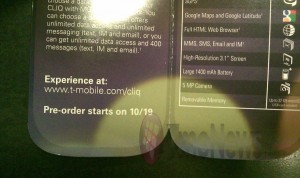 According to TMONews, we’ll be seeing pre-orders for the Motorola Cliq on October 19th. That is provided the marketing collateral is to be considered final. Assuming it is right, tack another 2-3 weeks on top and you have your release date. That’s pretty much the way they handled the G1 and the myTouch 3G, so why change it up now?

On the Other Hand

Boy Genius Report claims that October will be the release of the phone and not just the presales.Â  The leaked internal document they have shows the Cliq dropping in November but their updated post tells us that it’s outdated.Â  There are other handsets that have been moved around and/or released ahead of schedule and the Cliq has been moved up.Â  Either way, it sounds like we’ll be able to at least pre-order ours in the coming weeks! 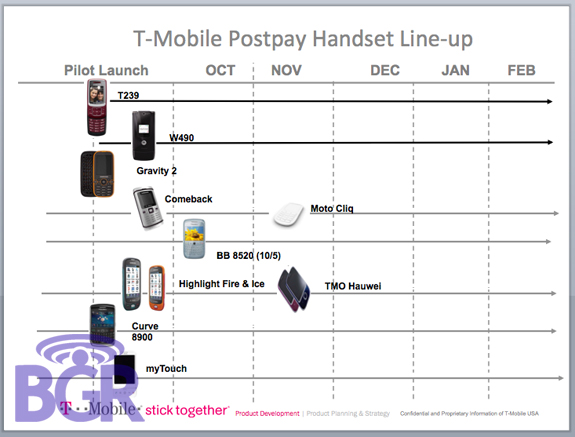 And we have to ask… What’s that Huawei device?Â  That wouldn’t be a US version of the Pulse, would it?