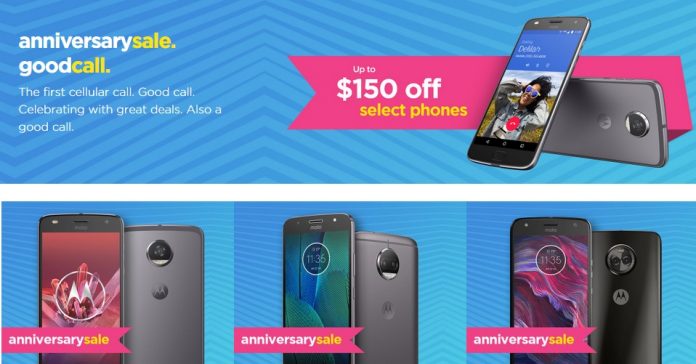 Today, April 03, 2018 it’s a very special day, as we’re celebrating the first phone call ever made from a mobile phone. On April 03, 1973, Motorola’s Martin Cooper placed the first mobile cellular phone call from a Manhattan street corner, using a prototype of what would eventually become the Motorola DynaTAC 8000x.

It took the device ten years before it reached consumers hands. On September 2, 1983, Motorola made history after the FCC approved the 8000x, the world’s first portable cell phone. The device hit the market with a huge $3,995 price tag attached to it.

Well to mark this special occasion, Motorola is offering special deals on some of its products.

Celebrate the 45th anniversary and you can take advantage of these discounts:

All Moto Mods (excludes the 360 camera, projector, Hasselblad, gamepad) – 25% off

But keep in mind that Motorola is gearing up to refresh its lineup with new products. For example, the upcoming Moto G6 and Moto G6 Play are expected to go on sale in mid-May in the US. That’s only one month and a half away.