A week ago, Motorola and Verizon officially announced a new flagship device that will be the successor to Droid 3–the Motorola Droid 4. The expected price of the this new phone was also leaked. The Droid 4 will be out soon enough, but if you think it’ll be out of your budget and you’re looking for a cheap alternative, then look no further. Verizon is now offering the Droid 3 for only $99. 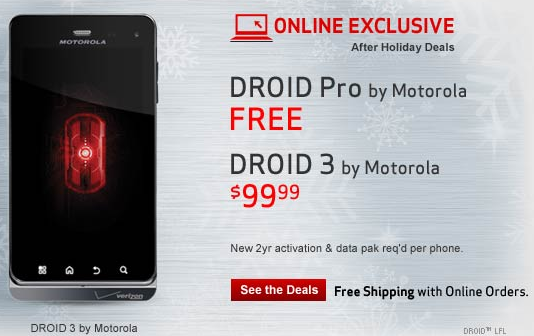 The Droid 3 lacks 4G connectivity, but it’s still an amazing phone. It’s rocking on a dual-core processor with Android 2.3. It’s also expected to receive an ICS update in the near future.

Anyone planning to pick the up a Droid 3, or do you prefer waiting for the Droid 4?