Motorola Droid RAZR is right now the sexiest Motorola device you can grab from Verizon Wireless, but let’s face the fact that it’s time for the successor of it to come out and outshine devices like Galaxy S III and One X, right? And it seems the time is near when we will see it. We know that Motorola is working on Motorola Droid RAZR HD, which will be the successor to the Droid RAZR series. Now the device passed FCC with green flags, and it’s also carrying NFC along with Verizon’s blazing fast 4G LTE connectivity. Also it includes GSM and WCDMA radios, which makes it a global phone. The device passed with model number XT926, which is according to previous information is the model number of RAZR HD. 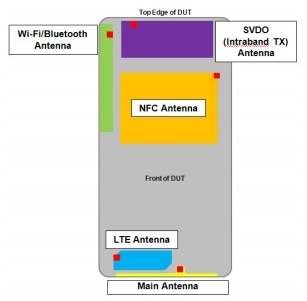 The device will be featuring  a 1280 x 720 resolution display, 1.5GHz dual-core processor, 1GB of RAM, and probably a 13MP rear camera. Though it will be running on Ice Cream Sandwich, and I am sure it will be among one of the first Motorola devices to receive Jelly Bean. Are you looking forward to Droid RAZR HD? Tell us about it in the comment box below.