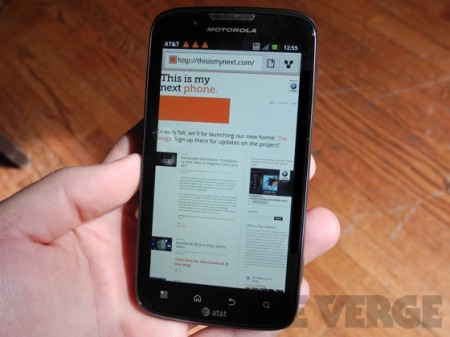 In the past few weeks, we have learned a lot about the new upcoming Motorola device currently known as the Motorola Edison/Atrix 2. What we know is that this device will be launched by AT&T as successor to the Atrix, which was the first ever dual-core device offered by both Motorola and AT&T. Now, thanks to the folks over at This is My Next, we have an in-depth look at this spectacular device and its specs. The images are clear and professionally taken, and in my opinion, the Atrix 2 looks very well-built and sexier than the original Atrix. Have a look at some of the confirmed specs of the device:

The specs looks really good and one thing that stands out is the display. Thanks to a macro shot from TIMN, it appears Motorola has finally ditched the Pentile Matrix display which is sure to make many of you happy. 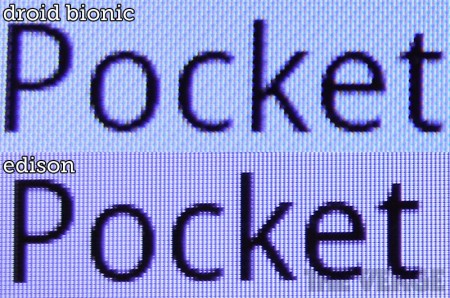 On the other hand, one thing that bothers me is the battery size. The original Atrix comes with a 1930 mAh battery yet the successor will feature a slightly lower one? I would have to assume that the Atrix 2 will be featuring a less power-consuming processor as well as display, but why not stick with the bigger battery?

The device runs on the latest version of Gingerbread along with Motorola’s custom skin. The skin is probably a bit better this time around because it’s very light and smooth according to TIMN. The device gave quite good results on Quadrant, scoring between 2,100 and 2,400. Let’s hope they release the Atrix 2 soon or it will get lost in the pile of next generation Ice Cream Sandwich devices set to launch in the coming months.

Anyway, the phone looks good overall and I am sure Motorola lovers are looking forward to it, right? So who’s waiting to grab it later this year? Share your thoughts with us in the comment box below and be sure to visit the source link for a great hands-on look at the Motorola Edison/Atrix 2..

Source: This Is My Next