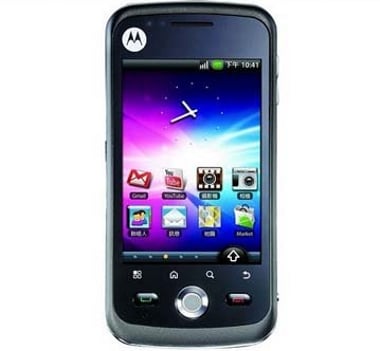 The phone formerly known as the Motorola Greco has been announced to be the Motorola Quench XT3 today, set for release in Taiwan starting in August.  There are no details on pricing as of yet, but we do have the specs on the phone. They are nothing to get really excited about, but here they are:

There had been information stating that this phone would be launching with a vanilla build of 2.1 installed, but according to the announcement it is sporting 1.6. There was no word if any updates were planned upon release.

Far EasTone to Drop a Pair of Android Handsets in ’09