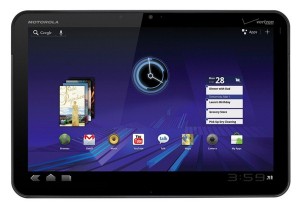 The guys over at AndroidCommunity have gotten word that Motorola has bought several domain names with “Kore” in them. Now, this is only speculation at the moment, but it’s possible that Moto’s next tablet could be called the Kore, and it would be a successor to the Xoom. It’s possible that this tablet is the one that we saw in that leaked Moto lineup a few months ago. Motorola bought five domain names:

As of now, none of those link to existing pages, so we’re guessing that Moto is getting them set up. The Kore would likely run Ice Cream Sandwich, as we’re getting closer and closer to the release of the latest and greatest version of Android. Again, this is just a rumor, so we’re being cautious about it. More on this as it develops.

So what are your thoughts? Do you think Motorola is working on another killer tablet? Sound off in the comments below!