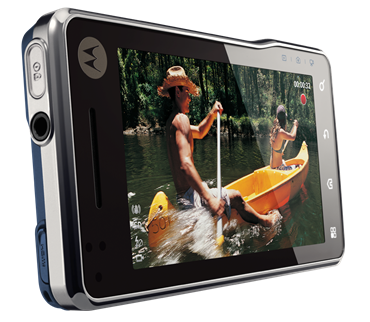 Motorola announced the release of their Milestone XT720 for European markets earlier this morning.  If the name sounds vaguely familiar it’s likely because the company previously launched a very similar Motoroi XT720 for South Korea earlier this year.

The Milestone XT720 runs Android 2.1 and features a 3.7-inch touchscreen (854×480 resolution) as well as an 8-megapixel camera with Xenon flash.  The camera is capable of recording video at 720p which complements the HDMI video out.  The press release makes no mention of the processor or memory but we’re thinking it’s along the lines of the Motoroi’s 600 MHz TI OMAP3430 chip and 256MB RAM, 512MB ROM.

Specific carrier and pricing is not available just yet but it’s expected shortly.