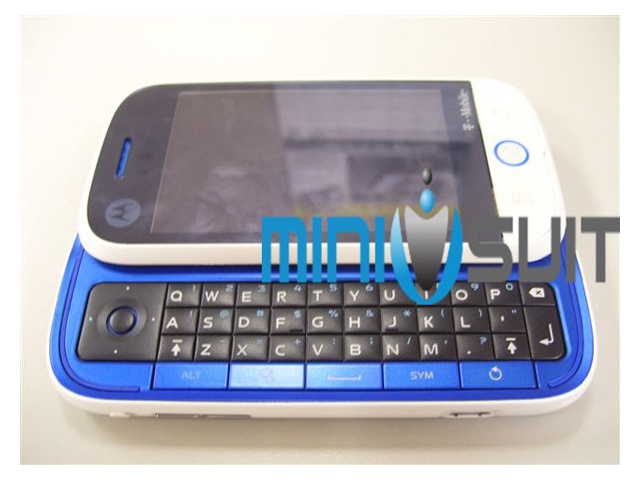 A larger image of the MotorolaÂ  Morrison has made its way online.Â  It looks exactly like the thumbnail from just under a month ago, yet somehow we were surprised when we saw this picture.Â  What’s the target demographics for the phone – Sidekick users?Â  Will this be marketed to the “kids” what with all their FaceSpaces and TubePages?Â  After all, we learned quite a long time ago that Motorola was recruiting members for an Android device based around social networking.Â  Will this be it?

Or could it be that this phone will be pushed as a viable alternative to other (Android) smartphones?Â  We’re totally judging the book by it’s cover, but really?Â  Who picked that blue?Â  And throwing the D-pad on the left?Â  That would take some getting used to.Â  The 4 row QWERTY looks like it does a good job of using space.

We took the liberty of making a greyscale version of the image to see if our opinion changed.Â  Somehow, it looks a little more respectable that way.Â  Hopefully we get other color options to choose from should this be the final mockup.Â  Once we get a look at the specs, we might have a totally different opinion. 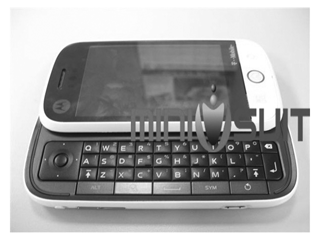