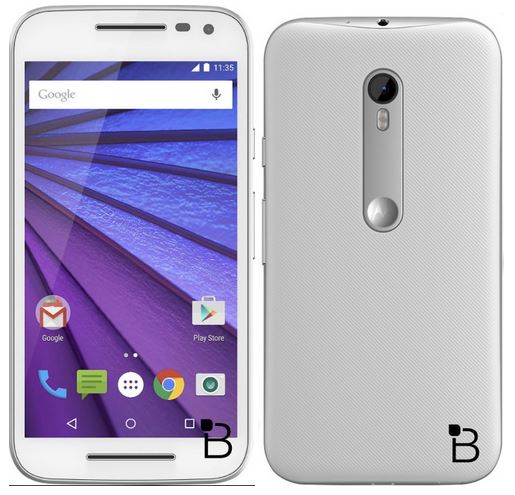 Not long ago, we saw some blurry image of of highly anticipated Motorola Moto G (2015) doing rounds on various websites. And now we have stumbled upon clear press renders of the bestselling Motorola device, months ahead of its official announcement.

Technobuffalo reportedly received these images from an anonymous tipster, which are by far the clearest images of the handset codenamed Osprey or model XT1540. Just like the previous leaks had shown, the Moto G (2015) has a vertical metal strip on its back that houses the primary camera, LED flash and the dimpled Motorola logo.

While there is no confirmation on the device’s specifications as yet, sources revealed that it would feature a 5-inch HD display, a Qualcomm Snapdragon 410 processor, a pair of 13-megapixel rear and 5-megapixel front cameras, 8GB of inbuilt memory and 1 GB of RAM. And yeah, it will also come with 4G LTE support.

After making waves for the Moto G in 2013, Motorola had launched its successor in September 2014. The third generation Moto G is likely to be launched in September too, but the Lenovo-owned company hasn’t even confirmed the handset’s existence so far. Are you excited about the upcoming Moto G or just 1 GB of RAM sounds like a downer to you?