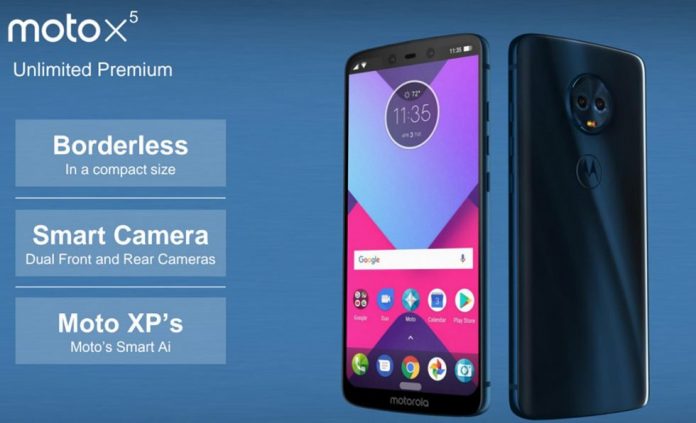 Were you looking forward to the successor of last year’s Moto X4? Unfortunately, we have some bad news to share with you. There’s probably not going to be an Moto X5 this year.

A source talking to the Android Police revealed that on top of laying off part of its Chicago team, Motorola also canceled plans for the upcoming Moto X5. The phone leaked online in full glory a few months ago.

According to the rumor mill, the phone should have launched this year with a 5.9-inch FHD+ display with 18:9 aspect ratio and …an iPhone X-like notch.

The company’s current main goal is to simplify and streamline its product lineup, abandon markets that aren’t bringing profits, and concentrate only on phones and Moto Mods that are producing revenue.

So moving ahead, Motorola will continue to develop only the E, G and Z series.  Furthermore, the company will apparently also scale back efforts to partner up with third-party Moto Mods makers.

This doesn’t mean we won’t see some new official Moto Mods grace the market this year or beyond. Actually come June, when the company should unveil the new Moto Z3 and Moto Z3, we also expect to see a few new Mods make an appearance too.

Like the Virtual Viewer.  The new accessory was revealed over the weekend by prolific leakster Evan Blass. This is actually a VR head, so it’s going to be one of the beefier Mods out there.

This is a hell of a Mod… pic.twitter.com/Mah61AYIZr

The Virtual Viewer looks quite similar to Google’s Daydream View headset, the only difference being that the latter can be used in concert with any Daydream-compatible Android phones, while the former will play nice only with the Moto Z family.

No word on the pricing or availability just yet. But when it arrives, the Virtual Viewer Mod will join the exotic Moto Mod family which includes snap-on Polaroid photo printers, Alexa speakers, gamepads, and keyboards.