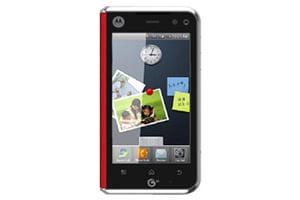 Motorola’s commitment to Android is becoming clearer by the week.Â  It seems like every time we turn around, they are up to something else involving green robots.Â  What we like best is that their products aren’t just the same old, same old.Â  Each has a distinctive look and feel to them.Â  Take for instance the MOTO MT710.Â  Based on the OPhone platform, it features a Droid-sized 3.7″ FWVGA screen at 480 x 854 resolution, 5-megapixel pic snapper, and more.Â  The desktop screen has a unique cubicle-wall style to that lends to plenty of personalization.

Don’t expect to see this one stateside though.Â  It’s designed for China Mobile’s TD-SCDMA network.Â  Still, it’s nice to see to Motorola’s not pumping out clones of other handsets.Â  The red vertical stripe that accents the left side is a nice touch.Â  According to Engadget Mobile, the MT710 is expected in stores later this month.

Mobile Review has a higher resolution shot of the phone from the front and back.Â  The red actually runs the entire back yet still manages to look ‘cool’. 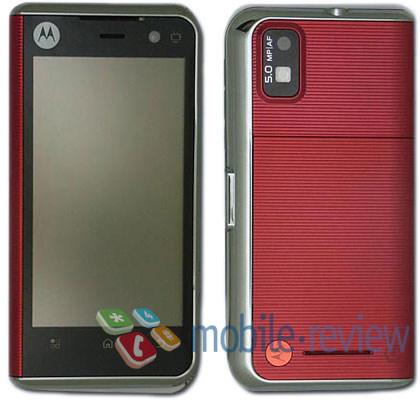