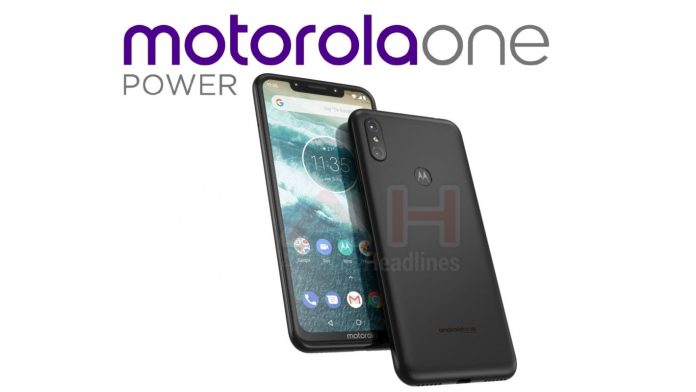 There’s no escaping notches these days, even if you’re an Android user. We’ve seen Android OEMs like LG, Huawei and ASUS, all jump on board with the trend in the past few months.

Well according to the latest leak coming out of AndroidHeadlines, Motorola apparently preparing to do the same.

The US company is gearing up to introduce a new phone dubbed the Motorola One Power, which will be part of Google’s Android One program. This means users should get relatively fast updates on their handset.

Motorola will also bring you the notch

The publication shared an image of the alleged device and as you can see the One Power sports a display cutout on top. On the back, there’s a dual camera on the back arranged in a similar position as on Apple’s flagship.

Additional info about the upcoming device is not available just yet. Motorola already has an Android One device, the Moto X4 which was released last year.

According to recent reports, development of the Moto X5 has been cancelled, so the Moto X4 won’t get a proper successor. Instead, it seems Motorola will launch the One Power to fill the Android One void, which at least to us doesn’t seem to be a mid-range phone.

Interestingly, if the rumor turns out to be true the new phone might not feature the word Moto in its title. But for the time being keep in mind that nothing has been confirmed, so you need to take it with a grain of salt.

After launching the new Moto G6 and Moto E5 series not so long ago, Motorola and its parent company Lenovo are now gearing up to unveil the Moto Z3 series. The Moto Z3 Play is expected to make a debut during an event on 6 June 2018.

What about the Motorola One Power, when it will arrive? We don’t know yet, but we assume that it’s going to be soon.