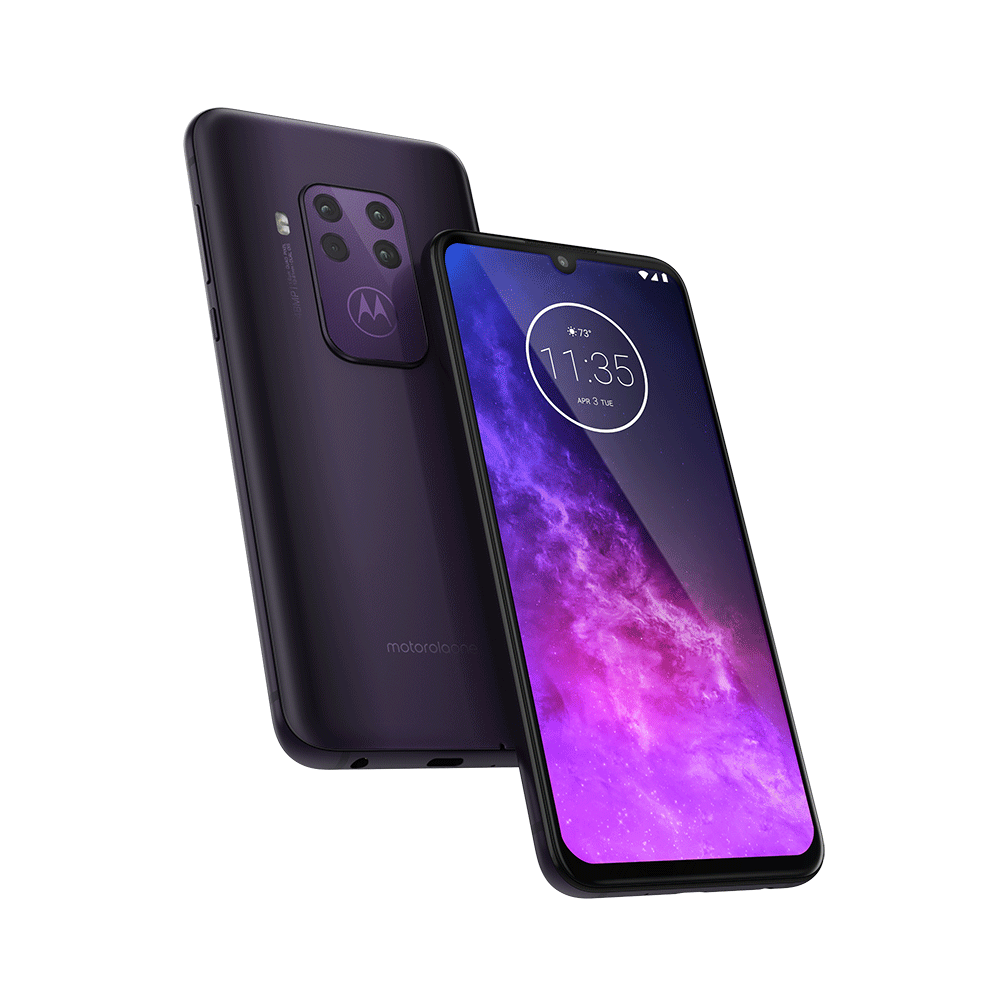 As anticipated, Motorola has added a new member to its One family of phones, this week introducing the One Zoom. It’s an ambitious one at that, as it features no less than five cameras. 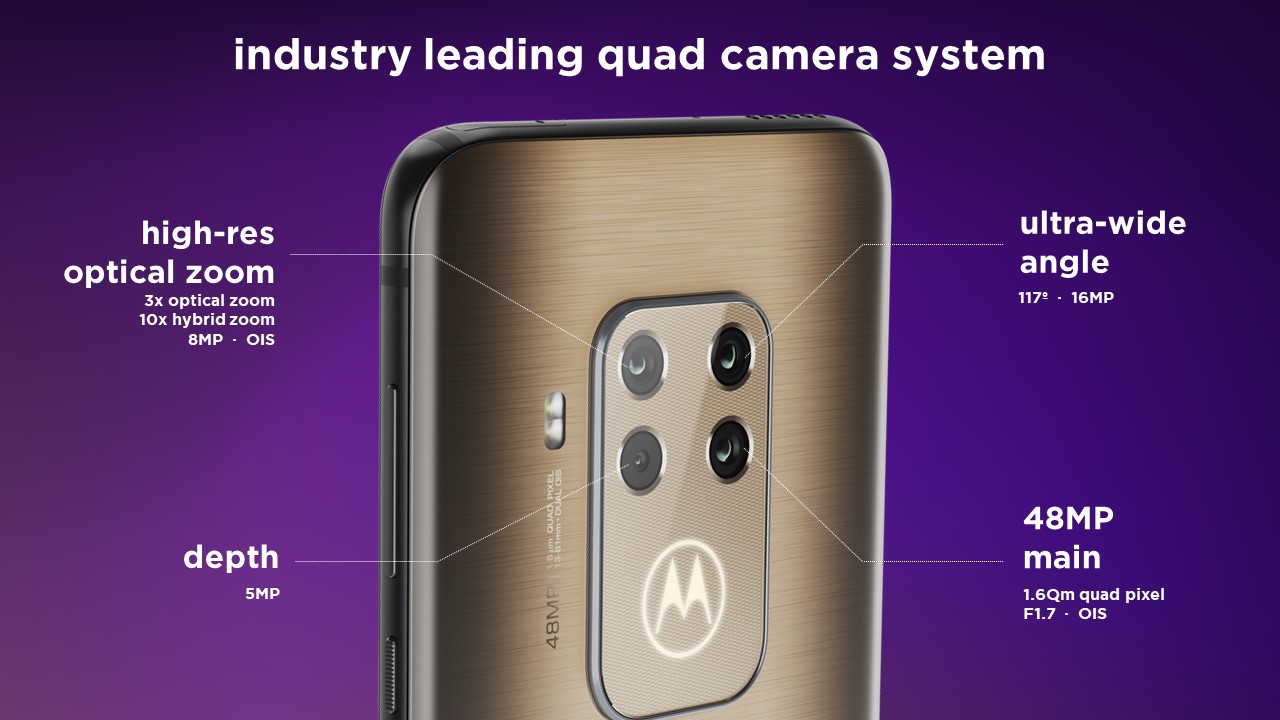 The One Zoom gets its performance from a Qualcomm Snapdragon 675 processor with 4GB RAM and storage capacity is pegged at a generous 128GB. Not too shabby for a mid-range phone to be sure.

Housed in a polished aluminum frame, the One Zoom comes in three colors: Electric Grey, Cosmic Purple, and Brushed Bronze. A splash-proof nano-coating ensures the phone can withstand splashes and sprinkles. Oh, and Motorola’s logo lights up on the back.

The main draw here, of course, is the four camera array on the back of the phone. Indeed, it’s pretty impressive stuff, and should give users plenty to play with when it comes to snapping pictures in a whole array of environments.

The four rear cameras include a 48-megapixel main shooter with 12-megapixel output, OIS, and f/1.7 aperture. It’s bolstered by a 16-megapixel wide angle (117 degree) camera, an 8-megapixel 3x optical zoom camera with OIS, and a depth camera for portrait and bokeh effects.

Between the hardware and a host of software features, the One Zoom will capture accurate colors and details in bright and low-light environments. There are AI tools such as Smart Composition to automatically create and suggest more interesting photos based on the shot you took.

Wrapping up the main hardware are a 25-megapixel front-facing camera, a 4,000mAh battery with turbo charging, USB Type-C, a 3.5mm headphone jack, and a fingerprint scanner tucked under the display.

The One Zoom is available now in Brazil, Mexico, Argentina, Europe, and various Latin American countries with a starting MSRP of €429. An Amazon exclusive version with built-in Alexa hands-free is also available in UK, Germany, Spain, Italy, and France.

The Motorola One Zoom is available in the United States exclusively on Motorola.com as a GSM unlocked device and is compatible with AT&T and T-Mobile brands. The starting MSRP is $449.99 US.