Many of us favor Motorola’s approach to smartphone software, not deviating too much from the true Android experience. One benefit to this is that you get more reliable OS updates. Being that Android 6.0 Marshmallow is the current hotness, Motorola has just opened up about what to expect and who should expect it.

On The Official Motorola Blog, the OEM discusses the future software plans. Firstly, it is made clear that the true-to-Android vision is still the driving force. I particularly connected with this statement:

[blockquote author=”Bjorn Kilburn, Motorola VP, Software Product Management”]This philosophy has enabled us to make what we think are the most personal and responsive phones in the world, built on a foundation of pure Android with a few Moto Enhancements to improve (not impede) overall functionality.[/blockquote]

With that said, there happens to be some Moto Enhancements features made redundant by new features in Marshmallow. Motorola said they will be removed to “ensure we’re complementing Android (not competing with it).” For instance, with Android’s new “Do not disturb” mode, Motorola doesn’t feel the need for Moto Assist anymore. Also, because Marshmallow handles user data backup/restore, Motorola Migrate will be retired.

Motorola also addressed probably the most questioned thing about updates, “Is my device getting it?”. Here is the list of devices currently in the works to receive Marshmallow:

Motorola warns that this list isn’t final, and also defers to its per region software upgrade page. There’s no word about timing yet, only that the team is working fast and will release the updates when they’re ready, and to “Look for more news on timing in the coming weeks.”

Are you satisfied with Motorola’s support? 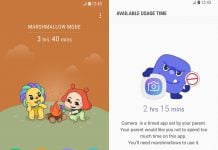 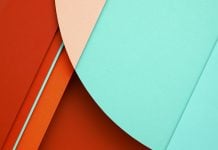