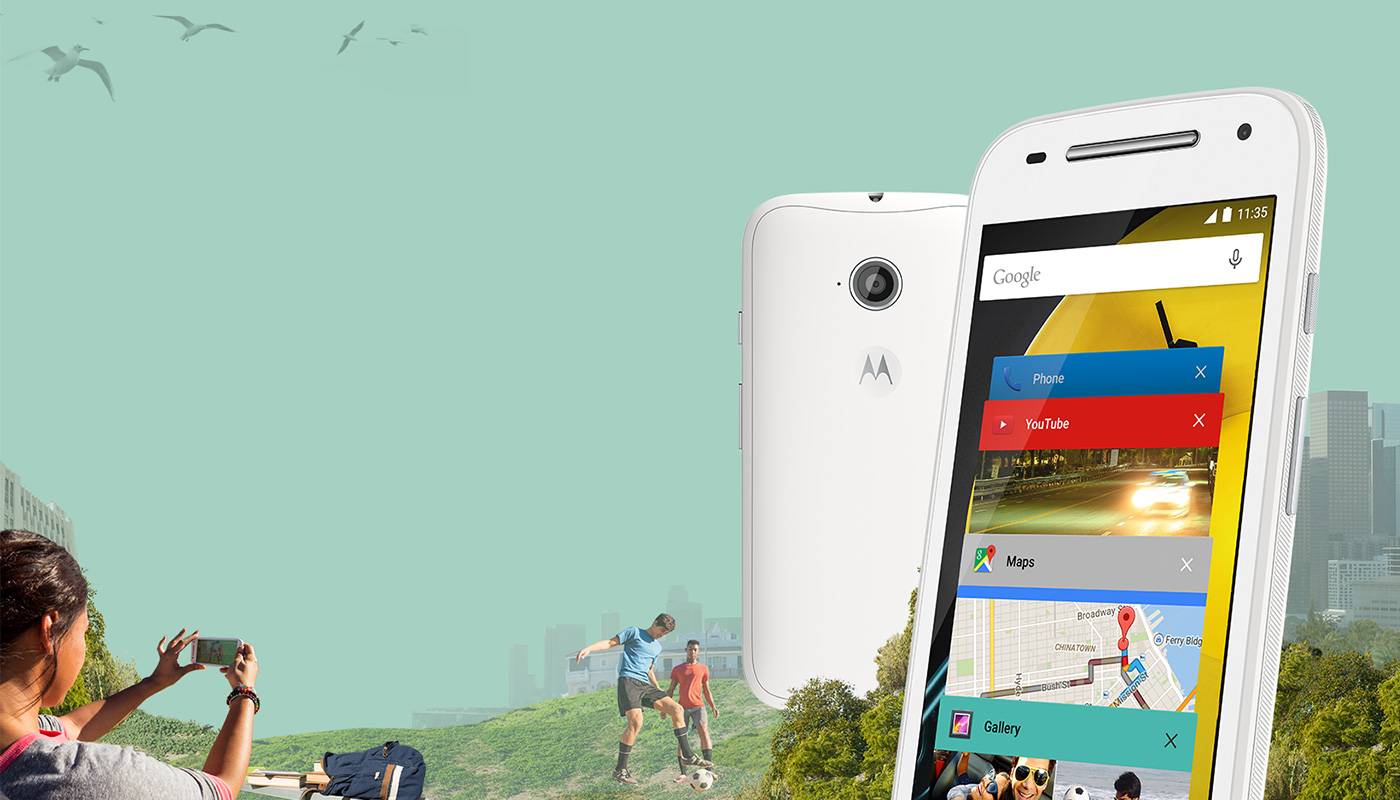 In terms of software features, the Moto E include Moto Display, Moto Migrate, and Quick Capture (camera). Other than that, it’s pretty much a stock Android experience, which is what you actually want deep down inside – even if you don’t know it.

As for customization, the new model comes in black or white and can be paired with one of six Motorola Bands. Offered in colors such as raspberry or turquoise, they dress up the device. Additionally, Motorola is offering a Grip Shell accessory which helps protect the handset from spills, scratches, and scrapes.

The new Moto E goes on sale starting from today in more than 50 countries, including North America, Latin America, Europe, and Asia. In the United States we’ll have two unlocked options: a $120 3G model and a $150 4G LTE model.