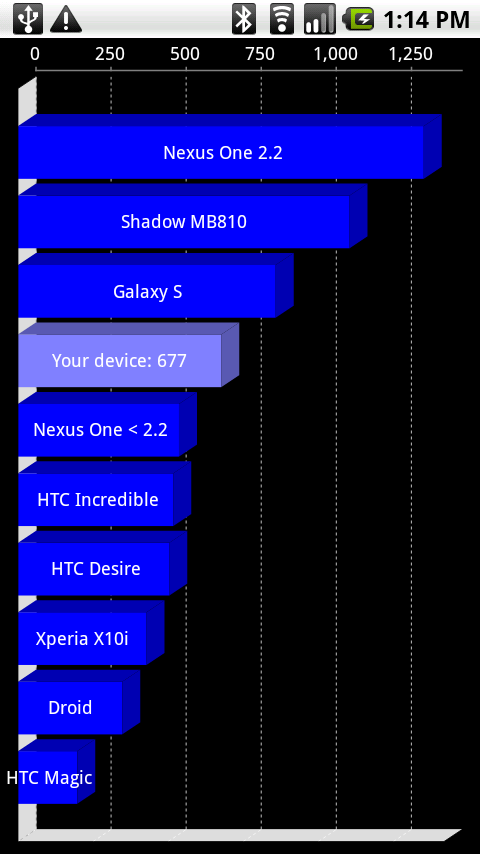 Phandroid is reporting a bit of interesting news tonight.  Apparently a member of Howards Forums who tried to benchmark his overclocked Droid using the Quadrant app (which lists the top bench-marked handsets) saw sitting just below a Nexus One running Android 2.2 a device listed as the Shadow MB810. That’s right folks, it appears to be the Motorola Shadow (although obviously nothing can be confirmed).  What does the benchmark results tell us? Well, put simply, the phone listed(which may or may not be the Motorola Shadow) is very very fast. Blazing fast!

So, who is ready for the Motorola Shadow? Anyone else want to know what Android 2.2 on the Shadow looks like?