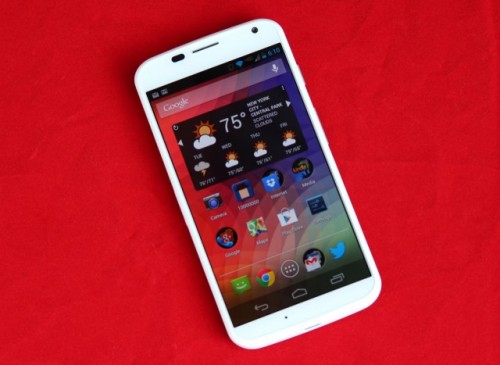 Brazilian users of the Motorola Moto X (first generation) have a reason to rejoice as their devices have begun to receive Android 5.1 Lollipop update.

Since the 2013 edition of the Motorola’s flagship phone is powered by Snapdragon S4 Pro chipset, Android updates require more tweaking than on newer processors. That is the reason why the Moto X 2013 is usually the last phone in the Motorola family to get Android updates – like we saw during Android 5.0 Lollipop rollout.

Although the update is likely to hit the rest of the markets soon, there is no word any exact dates. One of the reasons for the limited release in Brazil could be due to the relatively smaller user base in the country which will make it easier for Motorola for fix any potential issues after the update.

If you have received the update notification, make sure that your device is at least 50% charged and it is connected to a stable network connection, preferably Wi-Fi. Download the software and install it. Once the software gets installed, your phone will automatically restart and updated.

In case you want to download the update manually, go to Settings> About phone> System update> Download and install. Once the update gets installed, the phone will automatically restart and updated.