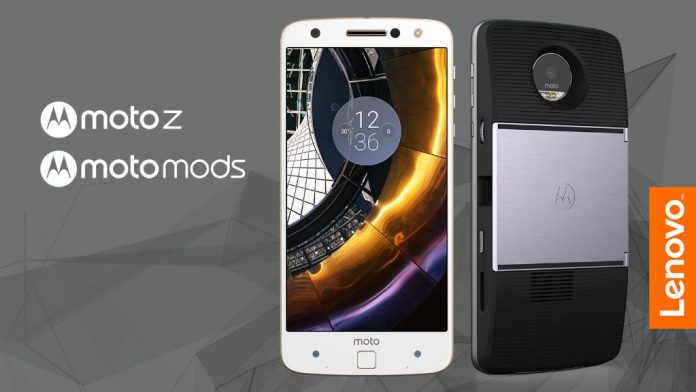 At an event in San Francisco today, Motorola and Lenovo took the wraps off the first flagship phone to be released under the Moto name since it was acquired by Lenovo. Motorola gave us the details of not one, but two phones it plans to soon release to the public.

The Moto Z and Moto Z Force share some of the main specifications such as the processor (Snapdragon 820), screen size (5.5″, 2560 x 1440p), operating system (6.0), and replaceable modules through Moto Mods (see below). Where they differ is in the camera and battery department. The Moto Z Force will carry a higher megapixel count (21 MP vs 13 MP) and a bigger battery (3,500mAh vs. 2,600mAh) and add in shatter shield technology.

Both of the phones match up favorably with the early year flagships from Samsung, LG, and HTC. Will Motorola’s newly introduced replaceable modules called Moto Mods give it a leg up on the competition? Only time will tell, but it does appear that Lenovorola is banking heavily on the feature.

Moto Mods are an interesting take on what LG tried to do with its modules. You can easily add these new modules onto the back of the phone that will add battery power, a more powerful speaker, or a projector. The mods will also extend to cosmetic backs that don’t necessarily add any functionality, but do add to the looks of the phone. The mods snap to the phone seamlessly through magnets.

The announced mods include the InstaShare Projector which can project up to a 70″ display for an hour before using your phone’s battery and a JBL SoundBoost that aims to replace your Bluetooth battery and can play up to ten hours before using your phone’s battery and can be used for calls. Additionally we have a Power Pack that adds 22 hours of battery life and wireless charging as well as Style Shells that transform the look and feel of your phone without adding bulk.

1 of 14
Note: Select outbound links may include affiliate tracking codes and AndroidGuys may receive compensation for purchases. Read our policy.