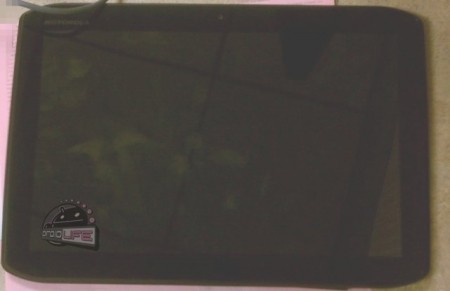 Motorola XOOM was the first ever tablet to come with Google’s tablet specific operating system, Android 3.0 Honeycomb. While the XOOM didn’t achieve the mark we all were expecting, it’s still a very decent tablet and warrants a sequel. We first caught a glimpse of this would-be sequel when Motorola accidentally outed a few future devices during a site redesign. Leaks continued to ensue, giving credence to the XOOM 2 rumors, and now, thanks to some leaked photos from our friends over at Droid-Life, it appears Motorola is planning to release not one, but two, Motorola XOOM 2 tablets. If you look at the shots of this newly leaked XOOM 2, it appears to be much larger than the 7″ leaked XOOM 2 we showed you a few days ago. The images are a little blurry and not that good quality but it gives us an idea of what this new XOOM 2 will look like. 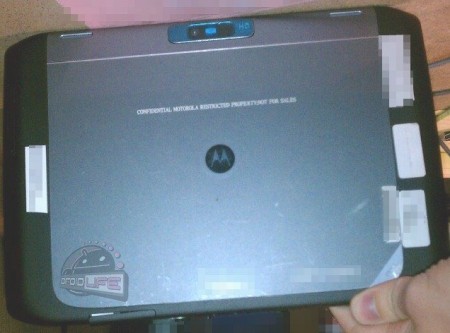 The weight of the tablet is said to be almost equal to the original XOOM, and as you can see in the image above, the tablet will feature HD video recording capability. There is an HDMI port, microUSB port, physical flush buttons on the back, SIM card slot and also a front-facing camera. It features the same 10.1 inch sized display we see on the XOOM but the corners appear to have that Photon 4G angle to them. According to This Is My Next, this device is only 9mm thick and running an unspecified dual-core 1.2GHz processor. It’s also rumored to come with 1GB of RAM and get eleven hours of battery life compared to the original model’s ten. Other interesting tid-bits unveiled by TIMN include a built-in IR blaster, wireless sync to a PC, Adobe Flash Player 11, and will stream Netflix in HD. All-in-all it’s looking to be a sweet follow up to the tablet that started it all.

Source: Droid-Life, This Is My Next