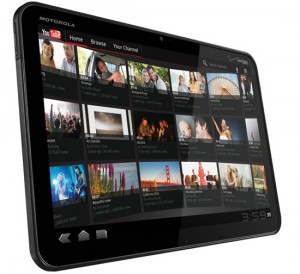 It’s the moment we’ve been waiting for since Andy Rubin showed off a curious little tablet at the D: Dive Into Mobile conference. That’s right, Motorola has officially announced the XOOM tablet for Verizon. It’s packed full of awesomeness, like:

Now, you’re probably wondering the same thing we are: why isn’t this an LTE-enabled device right now? Well, as it turns out, Verizon and Motorola plan to release a fully-LTE capable XOOM in Q2. My guess is that they’re either trying to see if marketing it as a 3G tablet would get more attention, or they’re waiting to see if their LTE network can take the strain of all these devices. No word on pricing, but expect this bad boy to be somewhere in the upper $400 to $600 range. We’ll keep you posted if anything else pops up. So, who’s getting one?

Thanks to BoyGeniusReport for the tip.