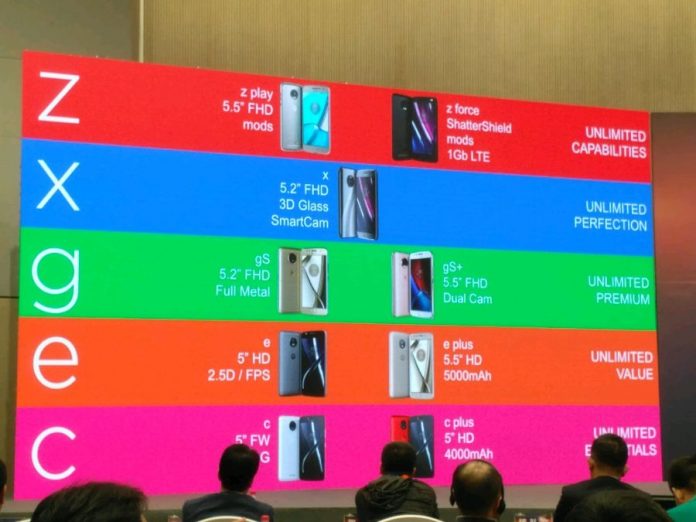 Over the weekend, we got the opportunity to learn more about the upcoming Moto X (2017) which by the looks of it will be sold as the Moto Z4 when it makes a debut later this year.

On top of leaking the Moto Z4’s logo, the prolific @evleaks also posted an image that was apparently taken during an official presentation (most likely dedicated to investor and industry VIPs) which reveals the company’s full roadmap for 2017.

If you’ve been following tech news lately, you probably already know that Motorola is expected to unleash an entire host of new products and here they are listed in their full glory, as follows:

It’s interesting to note, the roadmap does not mention the standard Moto Z2 model. On top of that, it seems Motorola will launch two new phones from the Moto G lineup this year. The current Moto G5 and the Moto G5 Plus feature 5-inch and 5.2-inch display respectively, so the new Moto gS and Moto gS+ will probably be phones with similar internal configurations, but larger displays, but this is just a guess at this point.

Motorola fans are bound to be treated with a lot of interesting products this year, so we suggest you keep checking back with us on more developments on the topic if you want to be kept in the loop.