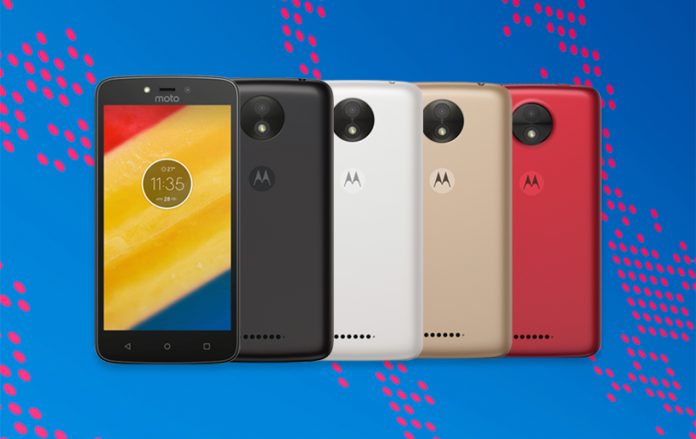 Motorola took us by surprise today and unveiled the Moto C and Moto C Plus – the company’s most affordable handsets to date. While the low-end duo has been expected to arrive for a while, we had no actual indications they will be landing today.

Anyway, Motorola won’t be launching the Moto C in the US, as they are budget devices destined to go on sale on emerging markets from Latin America, Europe and Asia Pacific. The producing company says the two devices are “packed with the essentials” so customers should expect them to feature the most basic of specifications.

The American company is offering two versions of the Moto C, one with 3G capabilities and the other with 4G. The main difference between them is that the first takes advantage of a 32-bit quad-core MT6580m processor clocked at 1.3GHz, while the later works with the help of a 64-bit quad-core MT6737m chipset clocked at 1.1GHz.

Both model rely a 5-inch FWVGA display with 854 x 480 resolution and 1GB of RAM. The Moto C (3G) will ship out with 8GB of internal storage (microSD card available for expansion to 32GB), but the Moto C (4G) will also have an additional version with 16GB of default storage (available only in EMEA and APAC).

As for the more “advanced” Moto C Plus version, the device carries a 5-inch HD display with 1270 x 720 resolution and 64-bit quad-core MT6737 processor clocked at 1.3GHz. Motorola will be offering two variants as well, one with 1GB and another with 2GB of RAM and 16GB of internal storage (microSD card slot available to expand up to 32GB).

The Plus variant offers the services of an 8-megapixel main camera with LED flash, as well as a 2-megapixel self-portrait shooter. An important selling point of this product is the hefty 4,000 mAh battery which is said to be able to keep the phone alive for up to 30 hours on a single charge. Naturally it also bundles 802.11n Wi-Fi, Bluetooth 4.2, 4G, microUSB port and a 3.5mm headphone jack. Like the Moto C (4G), the Moto C Plus is available in Black, White, Cherry and Gold starting at €119 ($130).

The new Moto C and Moto C Plus – which run Android 7.0 Nougat out of the box – will be available beginning this spring, but we don’t know the exact details just yet.