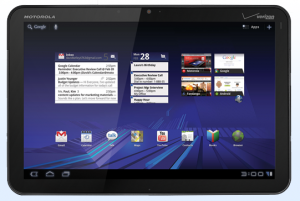 So you’re debating on picking up the Motorola XOOM tablet but are waiting on word of its final cost.  Wait no more.  Motorola CEO Sanjay Jha  confirmed today in Barcelona that the unsubsidized version of the Honeycomb-powered tablet will run customer $799 when it debuts.  Further, a WiFi-only version is going to fetch around $600 once it shows up, presumably a short time later.

Sanjay also reiterated the company’s belief in Android as the platform to work with.  With recent news of Nokia and Microsoft climbing in bed, how would Motorola react?

“I am as focused on Android as I ever have been. As a result of Nokia adopting Microsoft it’s possible that some of the other players concentrate on Android.