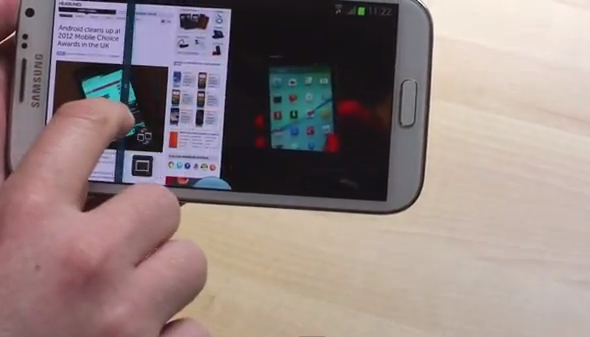 One of the best features that has been on the Samsung Galaxy Note series for a while is the ability to put apps into a window, allowing you to view multiple apps at once. This is otherwise known as “multi-window” support. It seems with the latest code commit of AOSP after the announcement of Android 5.1 yesterday, there is a line of code that suggests multi-window support could be coming to stock Android.

Phandroid reports this line of code, and mentions that the feature is almost mentioned in passing, and that’s it. You can see the full commit below.

Defer tap outside stack until multiwindows

lose focus. This led to timeouts waiting for the app to respond.

Disabling the tap recognition keeps the focus from changing. It will
be reenabled for multiwindows.

There is no other mention of this found elsewhere, and there is no knowing when this feature could be implemented, if even at all. However, with Google I/O coming up, anything is possible, and if nothing else we could get an announcement that the feature is in the works.