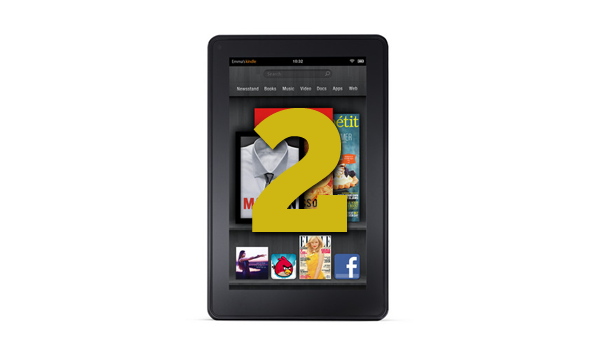 Amazon is expected to release no less than than three new Kindle Fire devices later this summer, according to NPD DisplaySearch analyst Richard Shim.  Citing sources somewhere in the “supply chain”, he advises that Amazon is readying multiple models with variations such as cameras and 4G LTE connectivity.

Although we’re nowhere near to discussing prices yet, Shim indicates that a 7-inch model could raise the ante on the Nexus 7 with a 1280×800 display and 4G.  What’s more, an 8.9-inch version is also being tossed in the mix, with a 1920×1200 display resolution.

As far as the 10-inch model that we’ve been hearing about for better than a year, Shim doesn’t think it’s going to happen in the short term. In terms of processors for the above-listed models, rumors have tied Amazon to either a Texas Instruments OMAP processors or NVIDIA’s quad-core Tegra 3 chipset/KAI reference used in the Nexus 7.