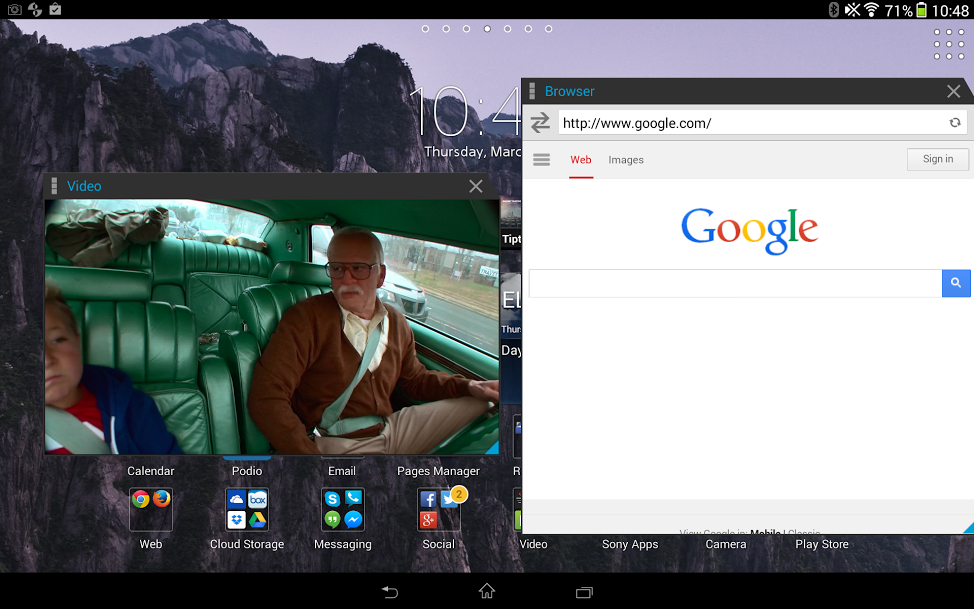 If you’re a power user like myself, you may notice that stock and most manufacturer versions of Android do not let you have two programs on your screen at once. Multitasking Pro aims to change that by adding a sidebar app that lets you use multiple apps at once.

One of the reasons I envy Windows tablets is because of the Snap feature that Windows 7/8/8.1 brought with it. The ability to do two things at once is something I find myself an expert at. On my laptop, this feature is present and I use it nearly all of the time. In fact, right now I have Hulu on one side and am writing this review on the other side and a work report is sitting in Word on a second monitor. The story with Android is that unless you have a device that has received some sort of multitasking blessing you are pretty much stuck to one item on your screen at a time. Yes, you can switch easily back and forth between apps, but having two apps on the screen at once? Yeah, can’t do that. It is one of the few areas that I believe Android needs further development.

Multitasking Pro gives a fair shot at trying to solve this problem. Using a series of built-in apps, developer OryonCorp lets you have different windows floating around your Android screen. These windows are movable and realizable allowing you to place as many as you want on your screen at a time. In order to make this work, the developer had to create a number of custom mini-apps, including a browser, calculator, calendar, camera, file explorer, gallery, map, music player, news, recorder, video player, weather and YouTube app. 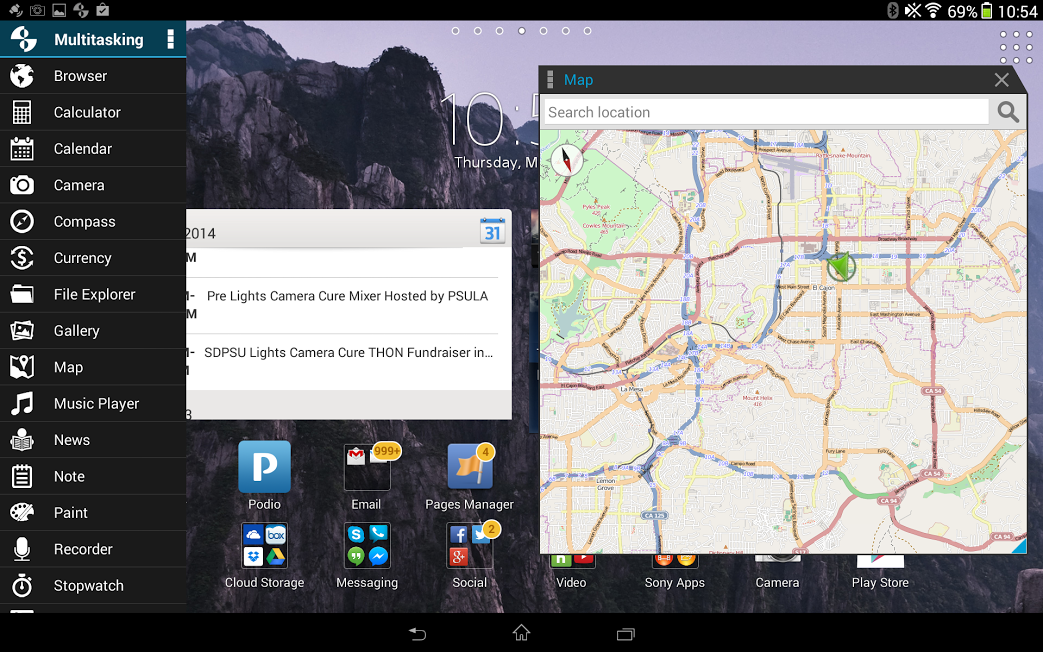 To their credit, the Multitasking Pro app is beautiful and runs very smoothly. The only problem I had on my Sony Xperia Tablet Z was that I wasn’t able to get the YouTube video to load. I was able to search YouTube without any problems, but actually loading the video was a problem. I was able to play movies using the video player, test out the compass, map my house, paint a picture of a dog and look at some beautiful pictures of my daughter in the photo gallery.

The feature I found myself using the most was the browser on one side of the screen with a video playing on the other side. This enabled me to consume some entertainment content while working on the web, something I haven’t been able to do during the last 9 months that I’ve owned my tablet.

There was only one shortcoming that I found in this app, which was that I would really like to have a Facebook or Netflix window that I’m able to re-size on my screen. Despite the missing feature, the app is very well-built and provides a look, feel and functionality that flows naturally with Android.

If you’re tired of doing one thing at a time, you can pick this app up at the Google Play Store in both free and pro versions. The differences between the two are slim, with the Pro version being ad-free, adding slightly more functionality and the ability to hide the icon on the top of the screen.