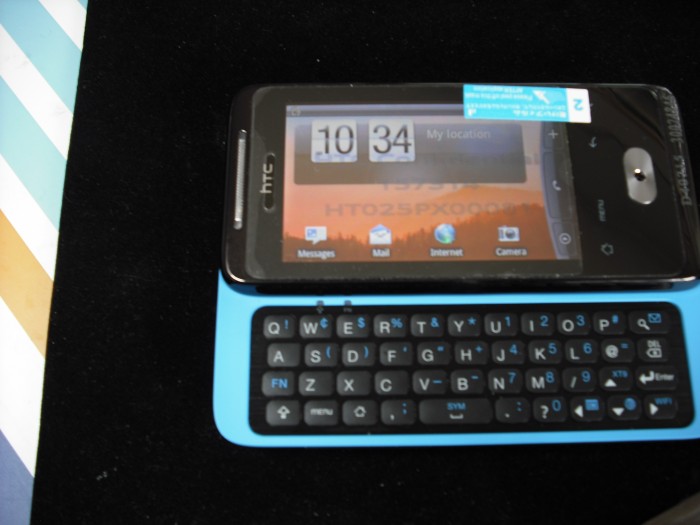 Remember that mystery HTC device that popped up in late April? The one that was rumored to run Android? Well, it’s back, and this time it brought a friend. Hit the break for more!

The first is the HTC Paradise (pictured above). At first glance, it looks like an HTC Aria with a Touch Pro 2-style QWERTY keyboard and some nice blue highlights slapped on it. Apart from the picture, we really dont have much to go on with this phone, other than it’s rumored by Engadget to hit AT&T.

The second HTC phone, the Fiesta, looks like the Aria, which means it was probably a test model. Keep in mind that these appeared almost 4 months ago, so the Fiesta was probably a rough draft, so to speak, of the Aria. In any case, I wouldn’t expect this 3.2 megapixel camera-packing device to hit the shelves.

As for the Paradise, it’s too early to tell. It may be another test model that HTC scrapped for some reason, or it may be an actual device that we’ll see in the coming months. More on this as it develops.

What do you think? Are you excited about the HTC Paradise or Fiesta? Does these look like phones you would purchase?   Let us know in the comments!