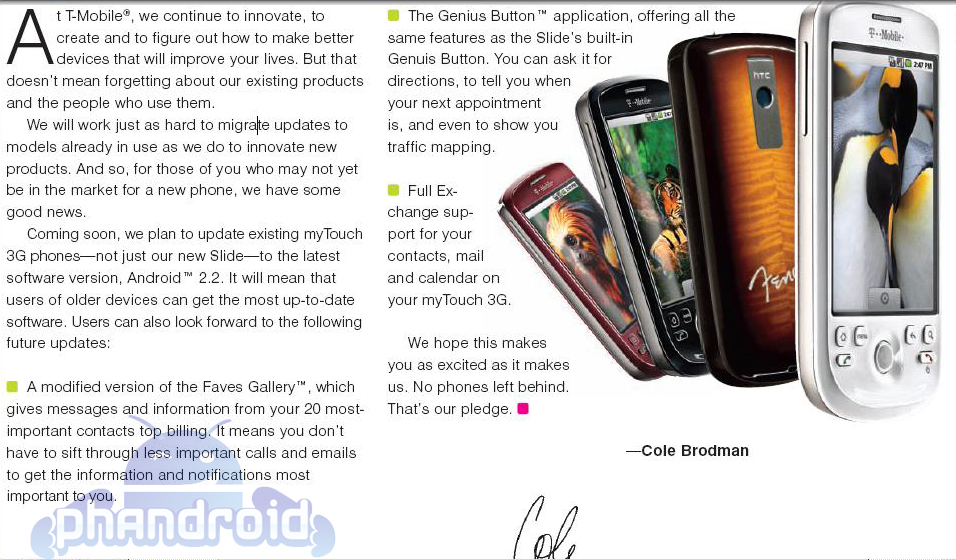 The entire T-Mobile myTouch 3G series is going to be seeing Android 2.2 “Froyo”, not just the newly released myTouch 3G Slide.  An internal screen shot is being passed around showing T-Mobile’s Cole Brodman pledge of “no phones left behind” when it comes to the latest Android release and their flagship phones.  It appears the carrier isn’t going to be pushing out vanilla Android updates but rather something along the lines of their Espresso build for the myTouch 3G Slide.  Features include the Genius Button and MyFaves Gallery, both of which are new and custom for their phones.  So all of you guys and gals with Fender edition phones, get ready.  It’s “coming soon”.

Sorry G1 and Behold II owners.  The future gets darker each day.