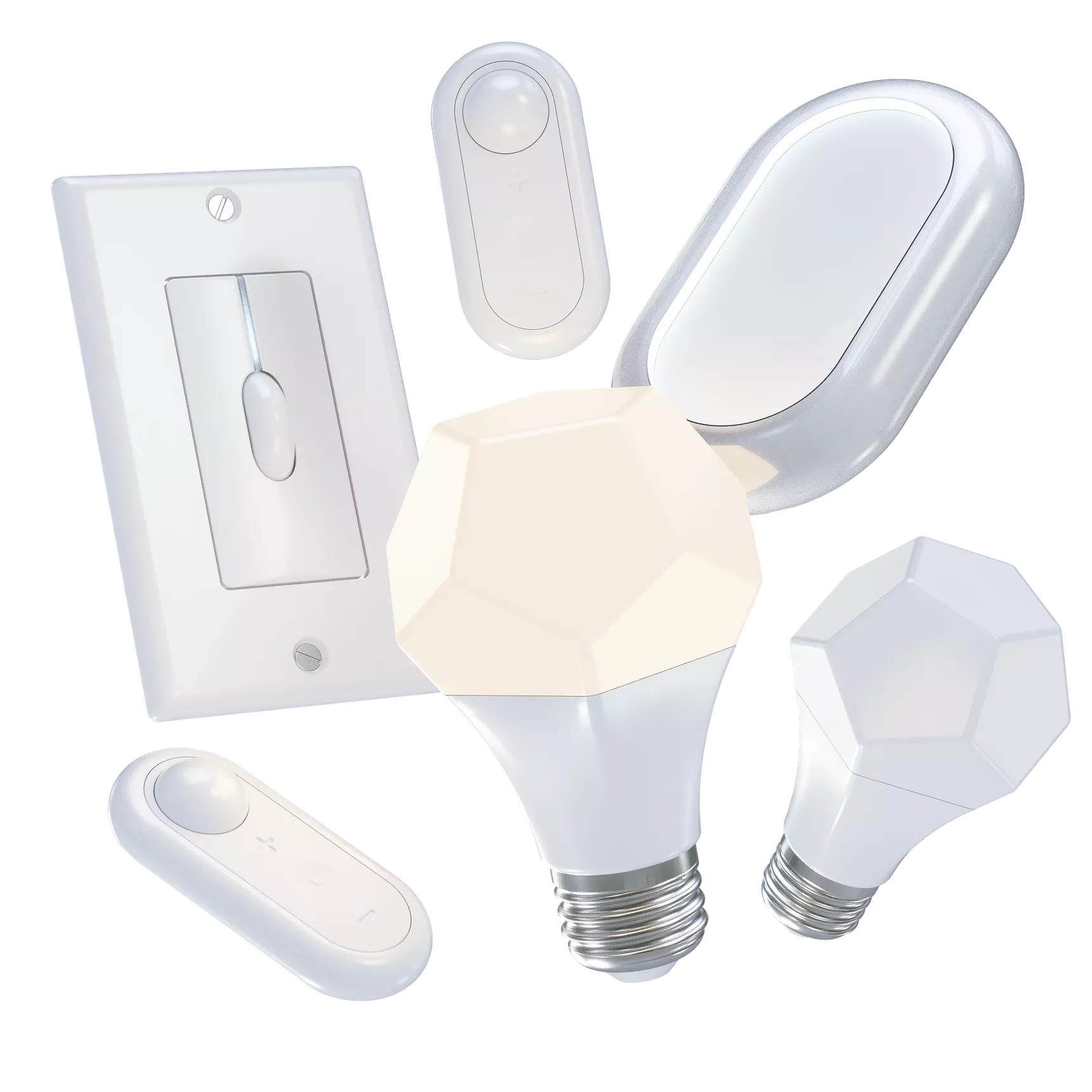 Because it’s not cool enough to have lights that glow, dance, pulse and change colors, Nanoleaf has introduced new products that take things to the next level.

The lighting company ushers in 2020 with a new “Learning Series” of lights which aim to make things even more friction-less for users. As more intelligent lights, the new line learns from its users and reacts to needs.

As Nanoleaf advises, its new system minimizes the need for manual adjustments and even voice control. It reacts to behaviors and provides light when and where needed. From the sounds of it we’re thinking “Nest thermostat for lights” might be an apt description.

The U-IQ learning system will work with light panels and light bulbs. Indeed, the company has evolved and expanded to include bulbs which can be added to lamps, ceiling fans, etc.

The Learning Series will include a Learning Switch ($50), Button ($15), and a Bulb ($20). A Gateway will also be offered; however we’re not exactly certain of the price or if it’s sold separately. Nanoleaf will provide a starter kit for $100 but exact timing of availability is unclear at this point.

Users can mix and match to form a network of lights that gather personal behaviors. The proprietary algorithm will work to make each piece communicate with the others and predict the lighting you might need.

READ: Nanoleaf Canvas are the coolest lights in your house

An example of how this plays out in the real world might be lights that detect when you enter the room, and which slowly turn on or automatically turn off when you exit.

In addition to the Learning Series, Nanoleaf is also announcing a new interoperable Unified Light Panels family of lights which will have shape interconnectivity.

As MacRumors tells it, the first lights line will include touch-reactive Unified Hexagons which allows users to create all new configurations, including geometric layouts  and replicas of characters and shapes.

As for the hexagonal shaped lighting system that Nanoleaf introduced at CES 2019? According to The Verge, it will be available for purchase later this summer in a 9-pack $120 kit with 3-piece expansion bundles at $60 each.

Jackery powers up Explorer 1000 and Explorer 300