If you’ve never heard of the Neptune Pine and you’ve been interested in a smartwatch that can be a full replacement for your smartphone, you may want to check it out. The Canadian start-up, which debuted the device in February, announced some updates to their smartwatch this week.

For those not familiar with the Neptune Pine smartwatch, it runs Android 4.1 Jelly Bean, has a 2.4-inch TFT capacitive touchscreen with a resolution of 320×240, a Snapdragon S4 dual-core processor,  512MB of RAM, a front-facing VGA camera, a 5MP rear-facing camera, full 2G and 3G radios (no LTE), Bluetooth 4.0 and WiFi connectivity. 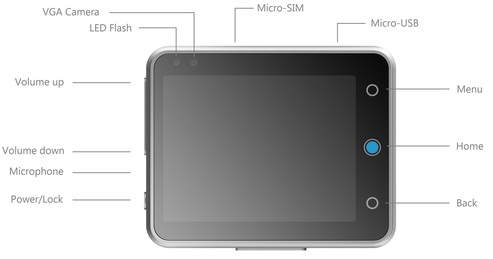 As for the updates Neptune just announced, the device is said to work great with the Google Play store and the company is trying to get it supported by Google, the device now supports 48 different languages, it lasts more than 150 hours on standby and is even said to work great with Google Now. That’s one exciting feature since Google has been rumored to be making a Google Now watch.

Later this month, the company will open up a Kickstarter campaign; it is now open to Canadian start-ups and they’re currently working on regulatory testing. The Pine will meet regulatory requirements for the U.S., Canada, India and the E.U. for January 2014 shipping dates.

If you’re still interested, you can head over to their website to pre-order the 16GB model for $335 or the 32GB model for $395. It may be a bit pricey, but it seems like it will bring you much more functionality than any other smartwatch currently on the market if and when it finally  is available.