Today Google is rolling out a new YouTube app, called YouTube Go. It’s meant for the next billion users that come online. These users are found in countries like India, Indonesia, Brazil and China. This is part of Google’s strategy to connect the rest of the world.

Don’t get too excited yet, because the app is first debuting in India. In a blog post, Google said that eventually the app will come to other countries later, but doesn’t give a specific timeline.

In countries like India, people don’t have the fast internet and cellular connections that we in the U.S. do. In 2014 Google tried to help this by launching YouTube Offline. Then this year, the company rolled out Smart Online. This lets people schedule videos to be saved offline later, at off-peak times. 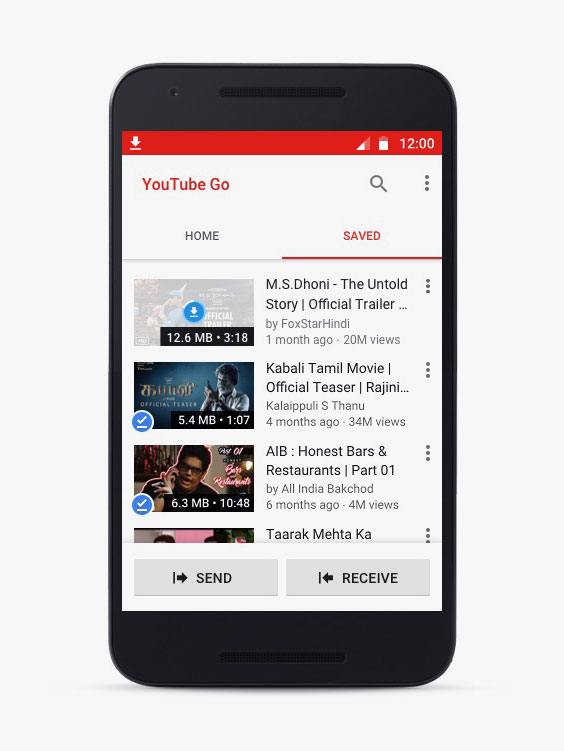 The sharing feature is interesting. Apparently it works via Bluetooth, similar to AirDrop. In the latest update to the regular YouTube app, I’ve already seen some new changes. Sharing videos is different in that it saves a list of videos you share, and you can share them under your username.

YouTube Go was primarily built for consumption. The videos only contain six-second ads, which don’t use as much data. Every video is ultra-compressed, to make downloads as small as possible. The app doesn’t have any tools for creators. No subscriptions, trending modules or comments either.

“Giving them something that YouTube has iterated on with its users over ten years, all at once? That’s a little daunting…So we want to stage how we introduce people to different functionality.”

Hopefully Google will continue this trend of providing more offline functionality. We’ve seen great offline stuff with Google Trips, and I’d like to see more. Whether you live in a country or state with poor cellular access, or you’re just camping in the wilderness, offline usage is important.

Google provides a signup page where you can enter your phone number and email address to be alerted when the app launches in your country.