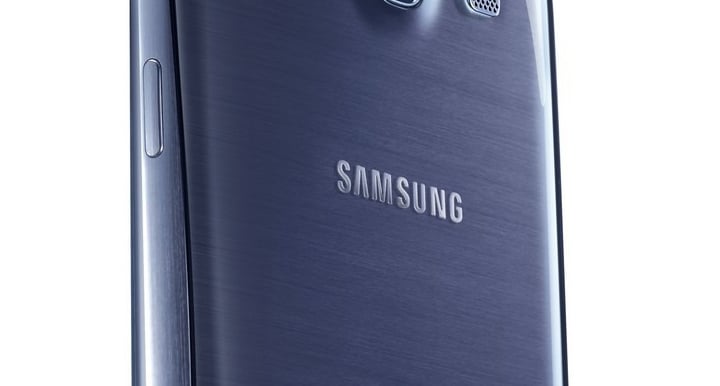 New benchmarks for a pair of Samsung smartphones have landed online, adding a bit of mud to the water that is Galaxy S 3 successor.  Could one of these end up as the Galaxy S4? Based on model numbers alone, the GT-I9400 makes sense. Looking at the early specs, however, it sounds as if the GT-I9525 might be more along the lines of what we’re looking at for the new flagship. 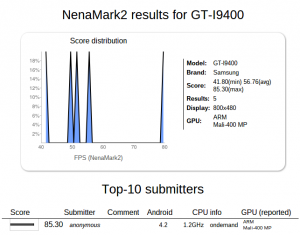 NenaMark details for the GT-I9400 include a 1.2GHz processor with a Mali-400 GPU, and WVGA (800×480) display resolution. Certainly not the stuff you’d expect for the followup to this year’s top-seller, and actually more what you’d see in the Galaxy S II. 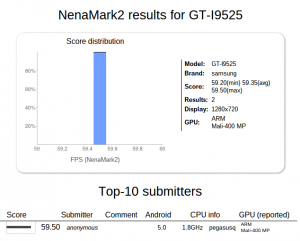 As for the GT-I9525, this Samsung looks to have Android 5.0, a 1.8GHz processor with an ARM Mali-400 MP GPU, and a 720p display. Previously rumored specs seem to match up a littler closer to this model and have also included 2GB RAM or more. Then again, some outlets have been saying that the Galaxy S4 will feature a 5-inch 1080p HD display. With a good six months before we expect the announcement of the new Samsung phone, we fully anticipate a host of conflicting reports and leaks to surface.