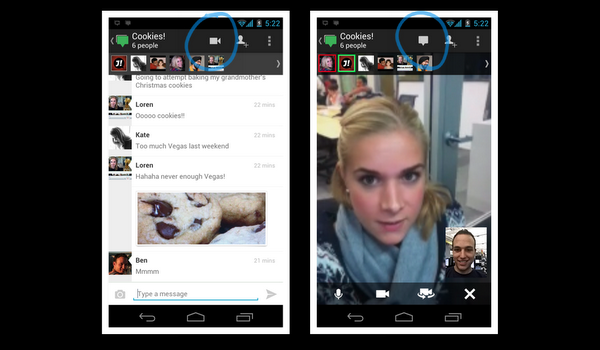 A new feature for Google+ has been announced today which makes it easy to convert a normal status update/conversation into a Hangout with video.  Let’s say you and your buddies are watching a bowl game this winter and each of you has a little bit to say, bragging your team up or talking trash over your friend’s pick.  Instead of going back and forth with +1’s and text updates, turn that into a Hangout and go live with video.

Google has also made it clear that it should not be long before Hangouts can be broadcast live on air and then automatically recorded and uploaded to YouTube accounts.  Already available to a select group of users and personalities, Google has begun rolling it out to a larger base. 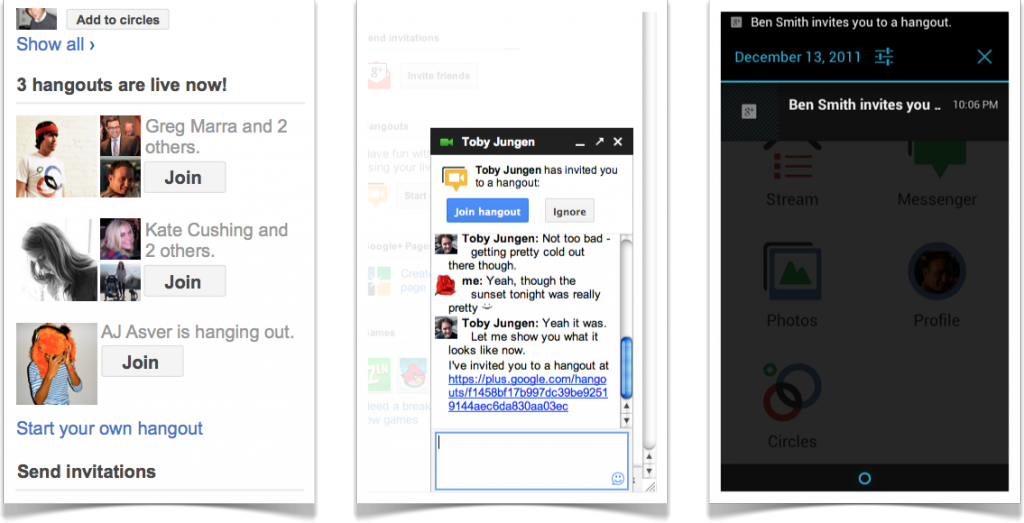 Be sure to check out the rest of the Google+ announcement for the full details, including proactive notifications of invites to Hangouts, and dial-in to Hangouts!  Keep an eye out for an updated Android application in the next few days.