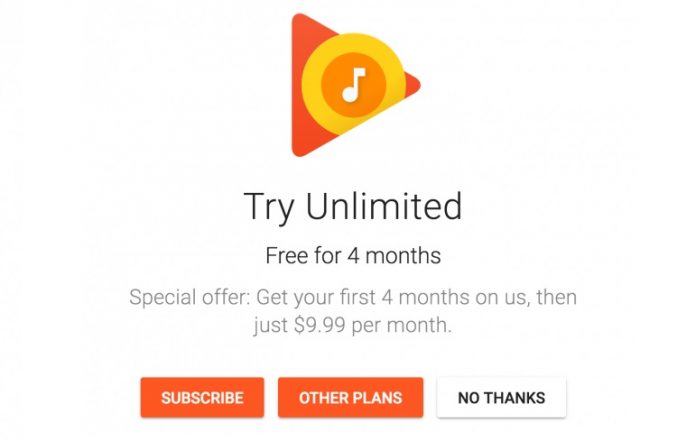 There are a lot of different music services out there, most of which come with a subscription fee attached. In a bid to differentiate itself from the competition, Google is now offering a promo for Google Play Music that offers users four free months of unlimited service.

Up until now, Google offered music fans a 90-day free trial (three months) after which it asked them to pay $9.99 per month. Now those willing to try the service can enjoy an additional month of access. 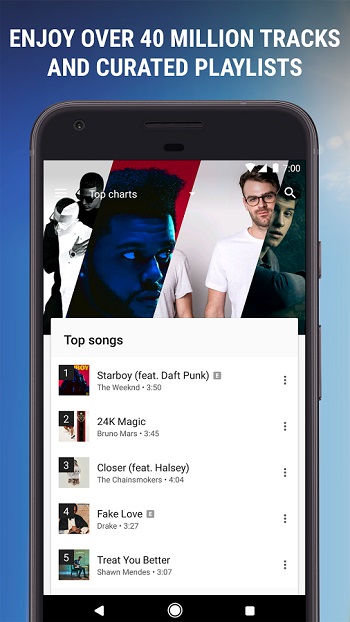 The deal is available for US residents only and since Google hasn’t revealed how long the promotion will last, you should try and sign up as soon as possible. But you’ll need to be a new subscriber, so if you paid for the service at some point in the past you won’t be eligible to take advantage of the current promo.

Google Play Music unlimited gives users access to an extensive library of 40 million songs featuring artists from around the globe but also allows music fans to upload up to 50,000 of their own songs and even download music from the service for later offline listening. It also removes the annoying ads which are present in the free version. 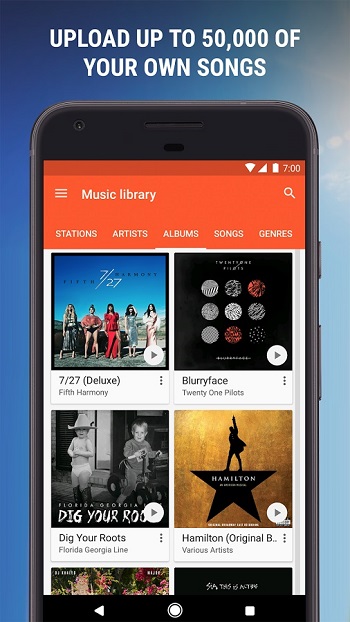 While music fans have a wide range of choices when it comes to music streaming services, not many allow them to mix their own curated playlists with the music available via the app like Google Play Music does. Which is reason enough to try out the service, especially now that it’s available free of charge for the first four months.