If you’re excited about the new Samsung Galaxy S7 and the Samsung Galaxy S7 Edge, you won’t have to wait much longer. Legendary leaker Evan Blass has once again worked his magic and leaked new slides from what appears to be a Samsung presentation that confirm when the new flagship devices will launch.

That date appears to be February 21, 2016. You may wonder why that date has significance. It just so happens that the February 21 is the day before Mobile World Congress in Barcelona, Spain kicks off. Samsung, and other device makers, have a history of announcing their early year flagships at MWC. It looks like this year is no different. LG and Huawei have also been rumored to have major announcements at the show.

The launch date is great, but when can you get your hands on it? The release date info is a little more murky, but we’ve seen the date March 11, 2016 multiple times. This would put it in the same month-long period where we normally see Samsung’s Galaxy S line launch so that makes sense. 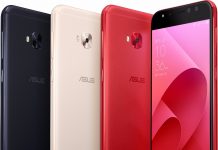