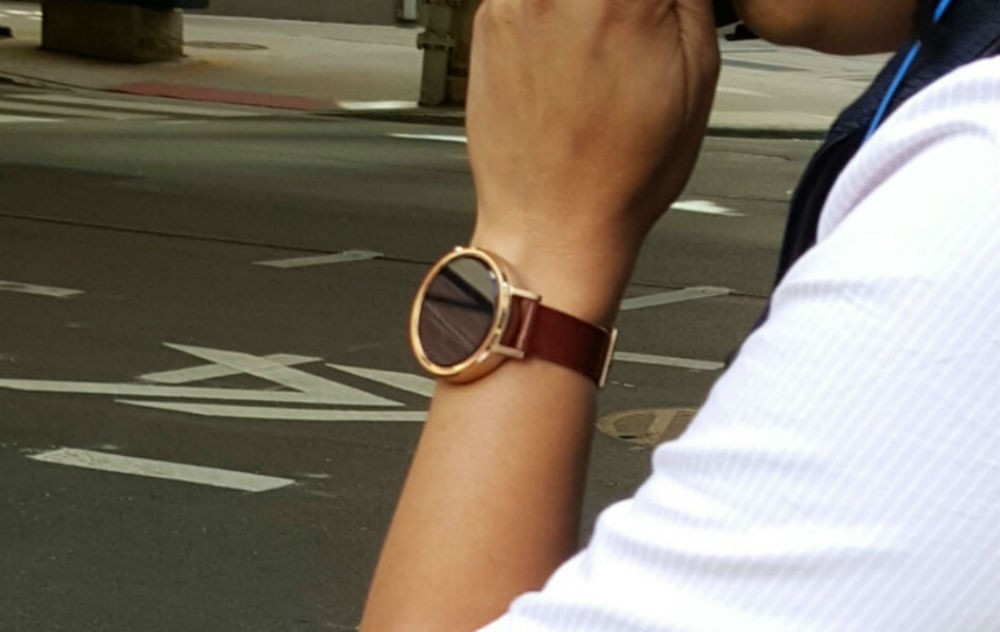 With the expected launch of the next-generation Moto 360 rapidly approaching, we may have just gotten an early glimpse of the smartwatch in the wild.

Spotted by an eager eyed Reddit user, the second generation Moto 360 was seen around Motorola’s hometown of Chicago.

It’s incredibly early days as of yet so no word on specs, availability, or anything of the good stuff – only a glimpse of what could be the follow-up to the current Moto 360. It has been seen in two different colours: an all-black, as well as a cognac band and rose gold body.

The power button has been moved to the 2 o’clock position and will unfortunately, as confirmed by this sighting, retain the spare tyre, despite being noticeably smaller than the previous model.