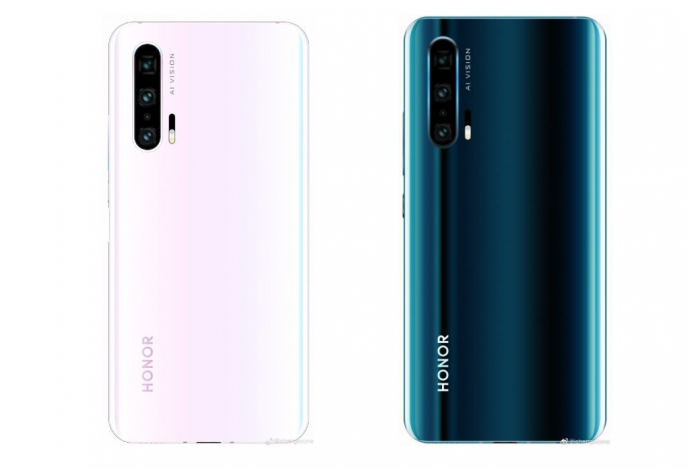 Honor, a sub-brand of Huawei, has an event scheduled for May 21 where it’s expected to introduce the 20 series of devices. Based on a few recent leaks, we’re starting to get a pretty good look at what the Honor 20 Pro has in store for when it makes its formal debut later this month.

New pictures hitting the internet this week suggest the 20 Pro will be offered in a white and pink gradient. Or, that’s at least one version of the phone. We’ve also seen renders indicate it will be sold in all black and a greenish blue.

Looking at the pictures of the phone we can make out four cameras on the back of the 20 Pro. Assuming there’s one around front, this puts five total sensors on the device.

As to what’s inside the phone, we can anticipate some of the following details.

Assuming the specs that appeared on Wiebo are accurate, the camera setup could be similar that of the Huawei P30 Pro, meaning a 40-megapixel main lens and 20-megapixel ultra-wide lens. Additionally, there may be an 8-megapixel telephoto sensor and a time-of-flight-camera.

This May, HONOR invites you to capture wonder in every awe-inspiring moment around you. Let our latest flagship ignite your wondrous adventure. Stay tuned for more details! #CaptureWonder #Honor pic.twitter.com/7jqFr4YDBH

The Honor 20 series will break cover at a London event on May 21. With a few weeks to go before the line of phones officially arrives we might anticipate more details to bubble to the surface.