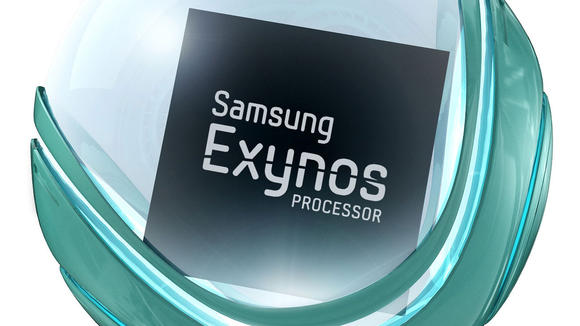 The Samsung Galaxy Note 4 is expected to launch later this year, and is also expected to come in two variants: A Snapdragon 805 version for the US market and an Exynos 5433 version for the international release. Typically, the Snapdragon version is just a bit faster and a bit more reliable than Samsung’s own Exynos chips, but so far it appears different this year. 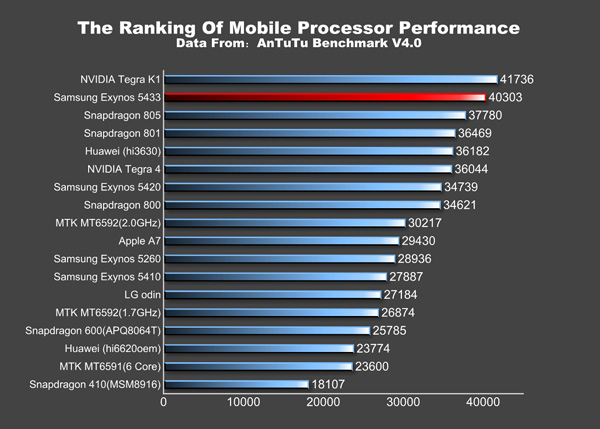 These benchmarks posted by AnTuTu show the new Exynos 5433 chip outperforming the mighty Snapdragon 805. Both of these chips haven’t hit phones yet this year, but the Snapdragon 805 chip is looking to be a very powerful chip and come with a the advanced Adreno 420 GPU. You can see Qualcomm comparing the 805 chip with the slightly older 800 chip, which was found inside the LG G2, Nexus 5, Note 3 and many other powerful devices. 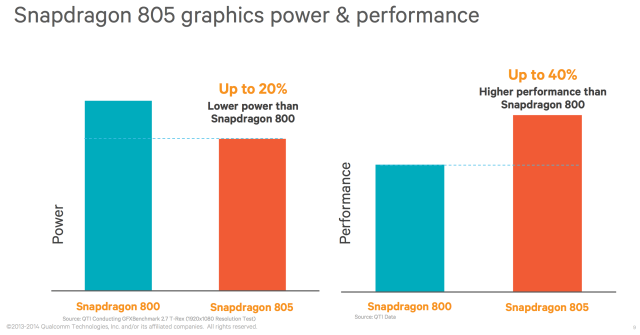 This is big news, as powering a phone with a 1440p QHD display is no easy task, but the Exynos 5433 looks up to the task.

We’ll keep you updated with all news and rumors regarding this new chip and the anticipated phone it will accompany later this fall. 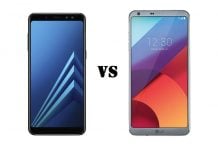 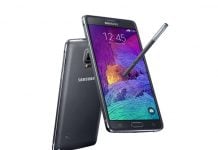